Cactus and Weeds and More Weeds

My first quote for weed removal came back at $600!  Ugh.  That's twice as much as I expected.  I went out to the alley after work today, pulled a few weeds, got stuck with a cactus needle and was really hot and sweaty in only 10 minutes.  It is over 100 degrees here.  I called 2 more people for quotes but since it was after 5 on a Friday, they didn't answer. 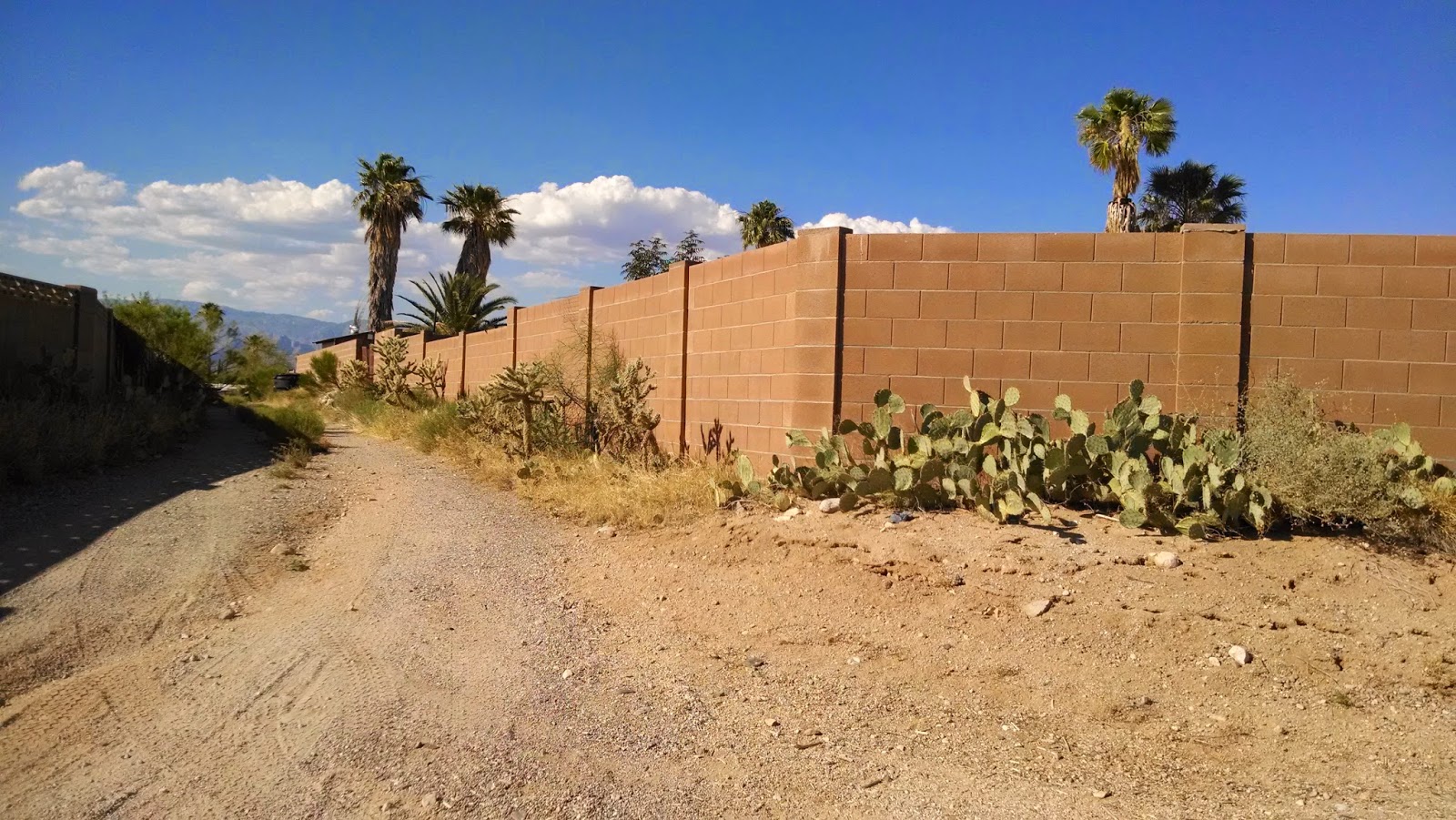 The cactus could stay, it just needs to be hacked back.  On the other hand, trying to weed around cactus is difficult.  It would be easier to take it all out.  I do worry about erosion though since the block wall is on a bit of a hill. 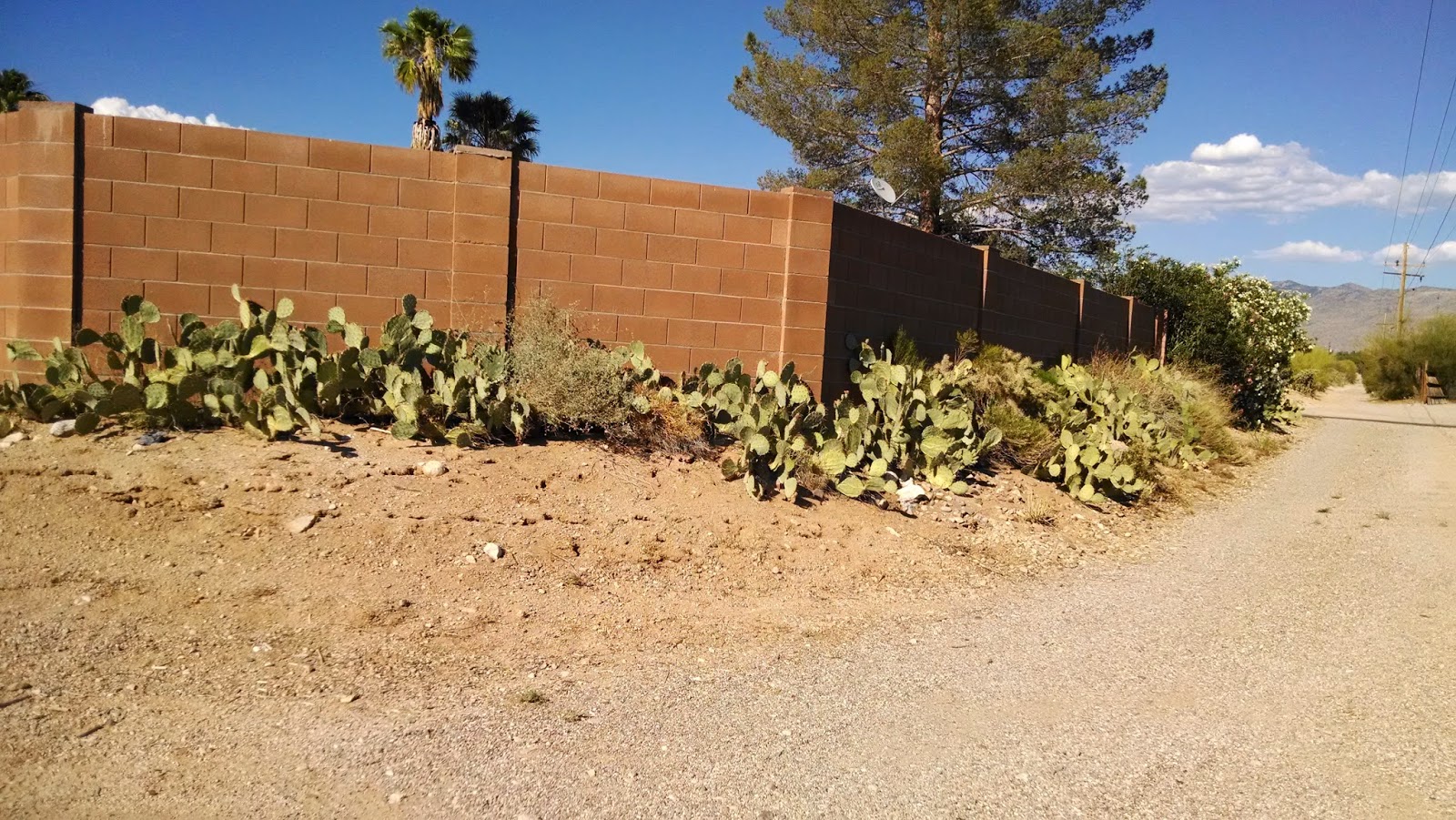 I don't know if I should bother going out there and working on it in the morning or not.  If I end up hiring the first landscapers, I'm sure they aren't going to give me a discount for cutting down one cactus and the nearby trash can is full already which means taking it down the alley to the next can.  I seem to be talking myself out of it but then $600!  Hopefully, I can get a cheaper quote from someone else.
Posted by Daizy at 7:59 PM

I have a bad feeling that getting someone to do it for you is the only feasible solution. Good luck on a better price

This is so different from where I live and the weeds I deal with ! Certainly no cactus. That is amazing. :) I can imagine weeding around them would not be fun at all.

Lizzie, I made a valiant effort to fight the weeds but I lost the battle. Good news, though, I think I found a reasonably priced landscape crew.

Hello quilting doberman! Thanks for stopping by. I attempted to gingerly pull some weeds around the cactus but they still stabbed me. very difficult indeed.