Last weekend was a whirlwind of activity starting on Thursday night when my sister and crew arrived at my house.  6 extra people in the house for dinner was a challenge especially since I don't have a dining table, my nephew and I just eat at the kitchen bar.  There are 4 bar stools and then the couch and recliner.  It was ok, every surface can be cleaned.  Then 3 of the kids went to my mother's house to spend the night and we planned the activities for the next day.  Having half of the people staying 45 minutes away added an hour and a half on to the beginning and end of the day which meant either planning short activities or expecting a very long day.

On Friday, we had breakfast and picked up my mom and the kids around lunch time.  Then we went to Sabino Canyon. (which I had never been to because I don't do touristy things on my own and the rare time people visit me they usually do not want to hike)  It had a tram ride up the hill and my mom and I took it while the kids hiked up.  There is a pretty creek from the snow melt and the weather was great.


I would like to go back some time when I can spend time at the creek.  After that we went back to my house for dinner and took the kids back to Mom's house.

On Saturday, we hung out at Mom's house, the kids went swimming, and then one kid had to catch a flight out because she had to get back to work.  I bought pizza, the kids played games and we finally left late.

Sunday was zoo day.  I had never been to the Reid Park Zoo. 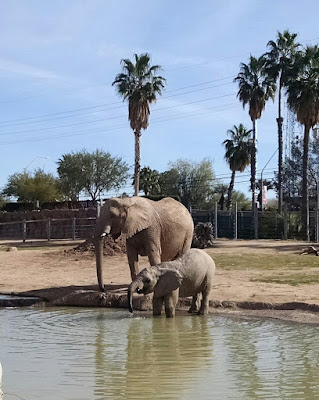 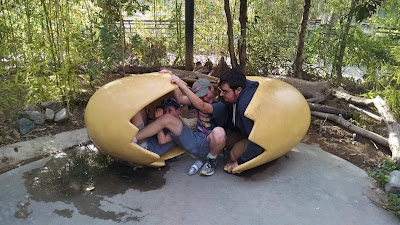 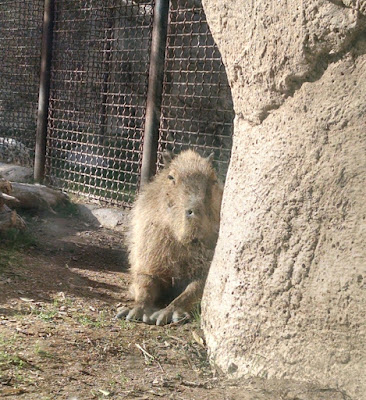 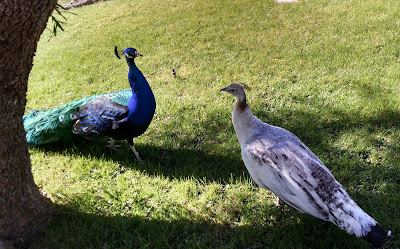 It was nice but it is not something I would do again unless I was entertaining people who liked zoos.  After 3 hours, I had a terrible headache and it took a 2 hour nap to get rid of it.  I awoke just in time to see the end of the Super Bowl.  My mother gave me a new flat screen TV to replace my old tube TV.  I was surprised to find that I could get the Super Bowl through my Roku on the FoxSportsGo channel.   Dinner at my house again and I was beginning to miss the cleanliness and order of my kitchen but tried not to let it bother me.

I took Monday off and we went on the Airplane Boneyard tour from the Pima Air and Space museum.  I had always wanted to do it but I was disappointed because it wasn't as interesting as I thought it would be. 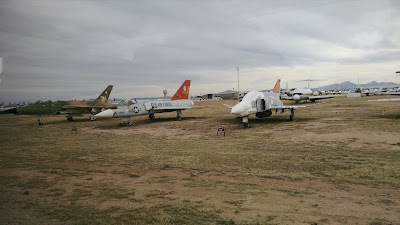 I'm just not that interested in the specs. of old planes.  it would have been more interesting if we had gone in the museum but we were out of time.  I'll remember that for next time.  Lunch was at In and Out Burger and dinner at my house again.  The kids and I took all 5 dogs for a long walk.  Jimmy-dog and my little foster dog were so slow at the end, I was beginning to worry that Jimmy-dog would just sit down but we all made it back.  As a last hooray, we went to play mini-golf in the evening. 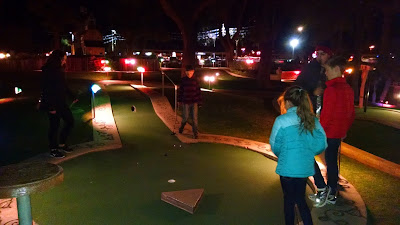 I think mini-golf and the free laser tag with our Groupon was the most fun because everyone had a good time and there wasn't any whining.

I had to go back to work on Tuesday and face the mountain of emails and the gang left around noon.  It was nice to get my house back in order but it sure was fun to have them here while it lasted.
Posted by Daizy at 9:01 PM

That looks lovely. I am very similar. I love to have everyone about but i do miss the order of normal life :)

I am definitely spoiled by the quiet of my house. My niece turned on the TV in the morning nice and loud and there was no more sleep for me.

I made one! Exciting times in mini-golf land. I came in second in our group.