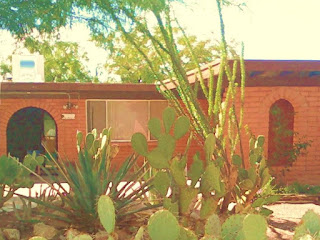 January was a medium spending month.  I bought the light for the kitchen, new sneakers for me and my nephew, and paid for driving lessons for my nephew.  I was still able to put $1,200 extra towards my house mortgage which brought the total to $39,261.  Under $40K at last!  At $1,200 extra a month it will take me another 2 years 3 months to pay it off in full.

This has been a busy week.  Last week I left work early to pick my nephew up from school and take him for his driver's permit test.  The second time was the charm.  He passed! (one of the few kids there that did)  Now our plan to move back to the house for his senior year has begun.  His first behind the wheel training was this week and the instructor said he did well for his first time.  In 6 months he will be able to get his license and then a parking permit for school.  Since we won't have to rely on the school bus for transportation, we can stay at the house.  This means that I can finish draining the above ground pool (for water storage) and put it away until I sell the house and move out to the property for good after my nephew graduates from high school.

I haven't had a free Saturday to do chores out at the property.  Last week I stayed home from work on Friday with a miserable cold and was sick all weekend.  I still had to take my nephew to a choir audition for school on Saturday.  Soon he will be able to drive himself to such things.

This week I had the feeling I was forgetting something but I couldn't figure out what.  Finally, on Tuesday, I remembered that I was supposed to submit the annual guardian report to the courts for my nephew.  Luckily, it wasn't due until February 11 but I need a medical report to go with it and I forgot to make a copy of his sport's physical last fall.  I thought I was going to have to take another half day off work to get him another physical but I called the school and fortuitously, they had the report on file and gave it to my nephew to bring home.  I ran over to the post office at lunch and got it mailed.  Only one more report to go until he is 18 and guardianship is over.

My mother is returning to Arizona tomorrow.  We will pick her up late tomorrow night and take her to her house later in the weekend.  This will be her first time back since breaking her hip on her Florida vacation.  Her house is like a time capsule.  Everything is frozen in time from right after my father's funeral.  My sister and I will help her sort through it.  I hope she likes being back but she might want to go back to Washington state when the temperatures creep up in to the 100's.  She did always want to be a snowbird.

Glad to here your Mom is well enough to come home and live independently again.

Your nephew can still live with your after he graduates, right? I mean, I wasn't old enough at 18 to just be on my own. He will still need his surrogate mom!

Ideally, he will go to college. I've been thinking about how it could work if he stayed and went to community college. He could have a room in the mobile home. I still want to sell the house though. That means he would have to do more chores around here and get a part time job.

From what you wrote, it is a huge improvement to the logistics of your everyday life now that your nephew is on his way to getting his drivers license. Congrats to both of you!

After several months of warm weather which sometimes rivaled yours in AZ, we here in New York got zonked with 2 feet of snow a few days ago. Want to come over and have a snowball fight, Daizy? You can show off your new sneakers! Can we see a picture of how they look on your feet?

wow, cant believe how fast time is passing, again!
Nephew being able to drive will be great. I hope mum settles okay. It will be hard for her but she was on her own in the house previously, wasnt she? I guess she doesnt fancy a room in the mobile home? :)

You never revisited it but how did the "water in the swimming pool" work out?

you don't think the two houses could maybe be a good source of income for early retirement - the rental income?

Dave, it's been so long since I've had to deal with 'feet of snow', I think I would just hide in the house. Every year we get a light dusting of snow and everyone has to post pictures of it online.

Lizzie, it is going so fast. This school year will be over in less than 4 months. Mom did live alone before so hopefully she will be able to do it again. Day 1 and so far so good.

squire, the pool worked great. I was able to get a large delivery of water which saved me from either hauling water from my house in 50 gallon drums or paying for repeated deliveries. I'm trying to get by with the water that we have left for the remaining 4 months of school. If we were going to stay out here next year I would definitely need another delivery. If I ever get around to putting up gutters I could store extra rain water in the pool temporarily. Eventually, I hope to get some more large water tanks for water storage that have lids so that I don't have to worry about algae and mosquitoes.

Anonymous, I will probably keep one rental house but the house I live in now on the weekends is older and needs some work. I don't like the liability of rental houses. I'd rather invest in some mutual funds.