Tales from My Trip

Since I got back from Minnesota on Monday morning, I had to jump right in to the work week.  I think things are back to normal now.  Two of the dogs refused to eat while I was gone.  They sure are eating a lot now!  It was a good trip but, of course, I am sorry for the reason my sister and I went in the first place which was for a funeral.  I got in late on Thursday and my sister picked me up since she got in much earlier.  We stayed near the airport and Mall of America which was convenient.  My sister's husband got us "elite" status at the Marriott which meant free wifi and breakfast.  Breakfast was good on Friday morning but on the weekend they made us go to the restaurant instead and they wanted us to pay an extra $4 for eggs and breakfast meats.  We said no and tried to be happy with toast, cereal and fruit.

It was really good to see my nephews and meet all of their relatives.  The nephew that I have guardianship for came over and said "Take me with you!" but he was just joking.  He is what I call a 'highest bidder' kid.  If I had said he could came back to Arizona and play video games and watch TV all the time he would jump at that in a second.  I think he is in a much better place in Minnesota surrounded by family and friends of family.  It will be harder now that his grandma is not around.  Someone needs to learn to cook and they will need to help out around the house more.  Hopefully their aunt and uncle will have an opportunity to be more involved in their lives.

We saw a little bit of St. Paul, mostly when we were lost.  the Mississippi is impressive and there are colleges and churches on every corner is seems.  St. Mary's cathedral looked just like the cathedrals in Rome. 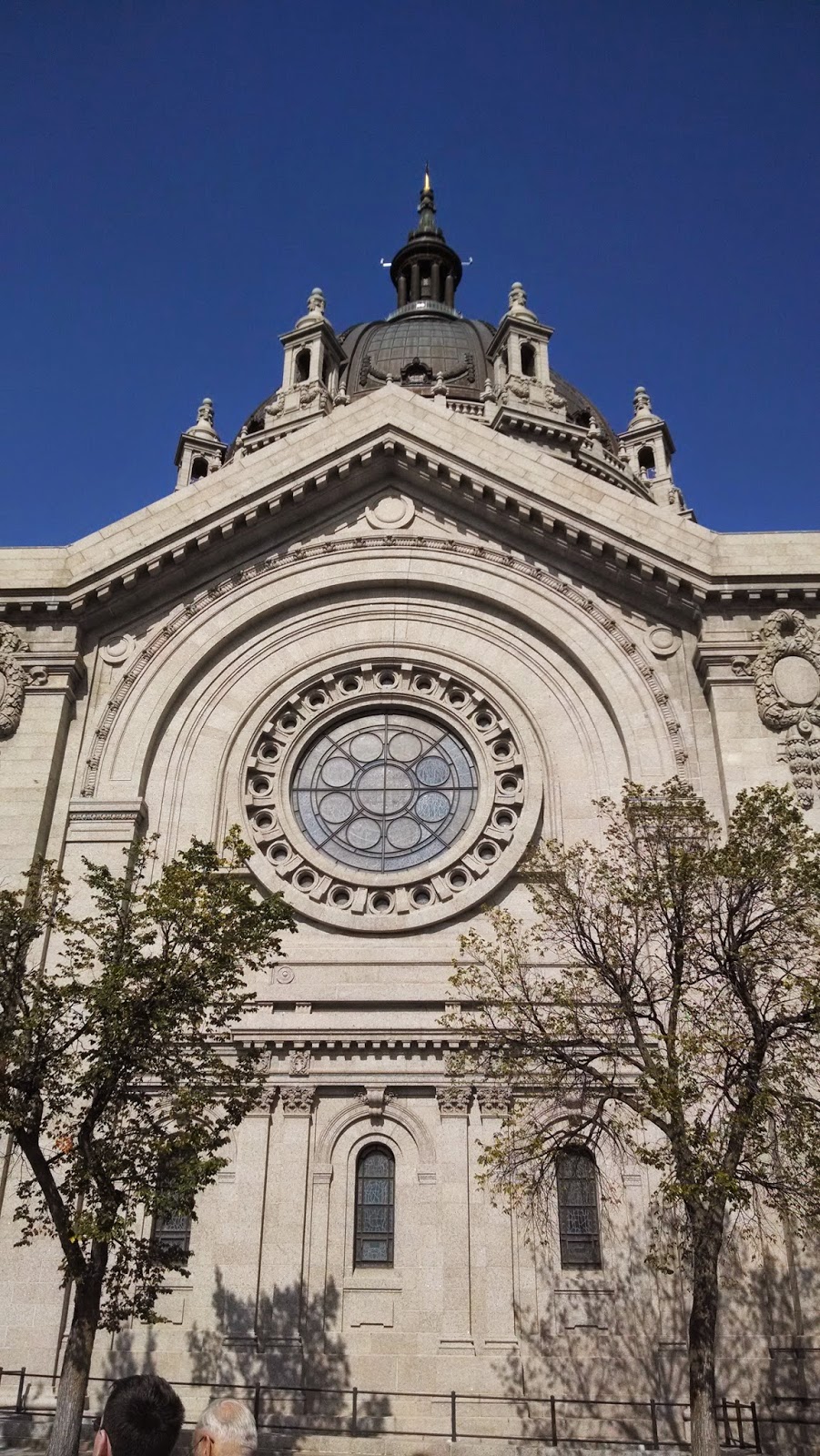 So fancy!  I wonder how long it took to build. 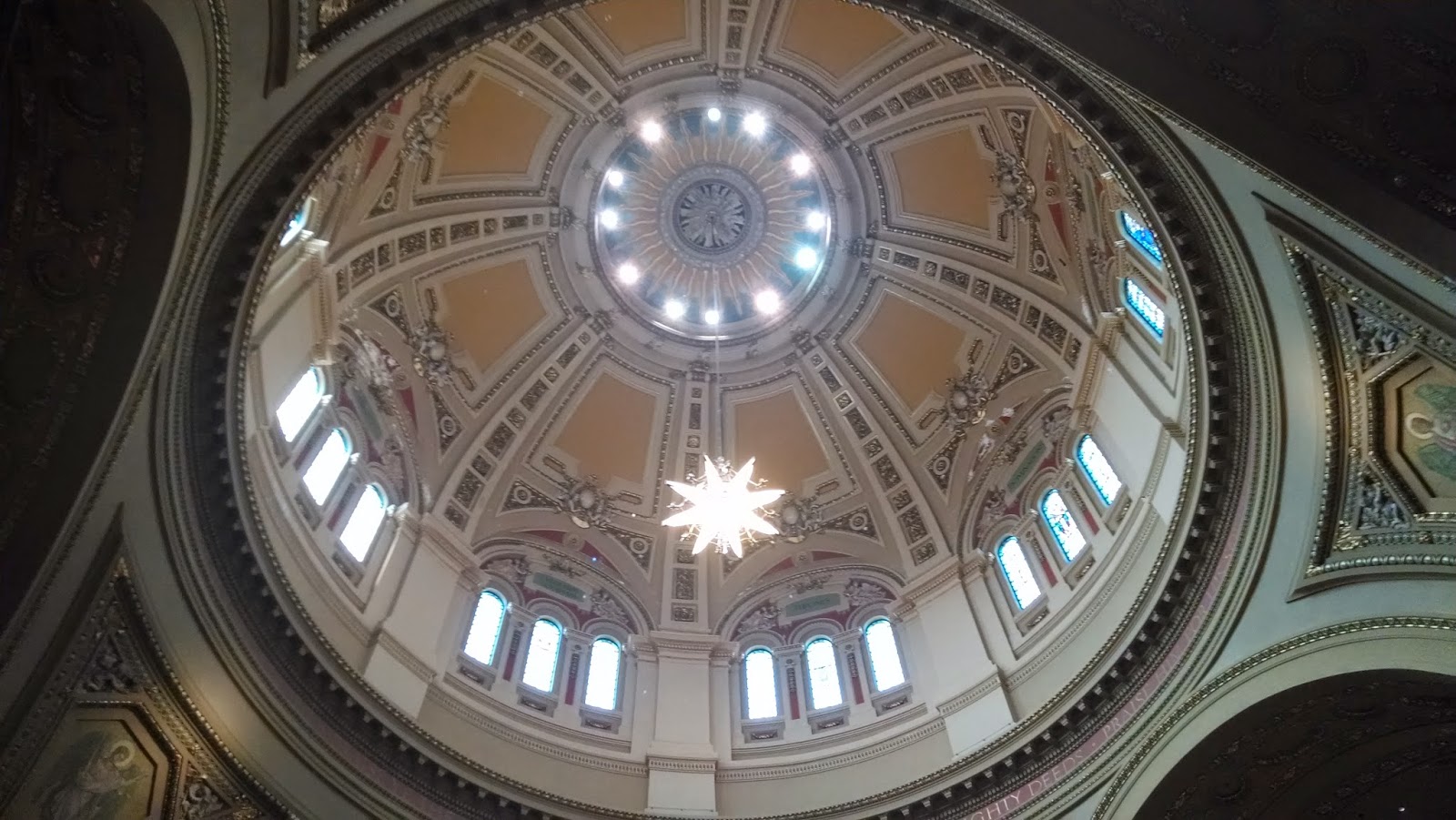 The boys grandmother was the one who arranged for the Pieta statue to come back to the cathedral permanently after it toured the country.  It is an exact replica of the one in Rome.  The one in Rome has a plexi-glass barrier because someone attacked it with a hammer.  I could get much closer to the one at St. Mary's.

One evening we went to my nephew's football game (the older of the two brothers).  They lost but it was fun anyway.  I rarely go to football games.  Some of the visiting relatives were there too.  He had 11 family members cheering for him.  I wonder if he appreciated it. 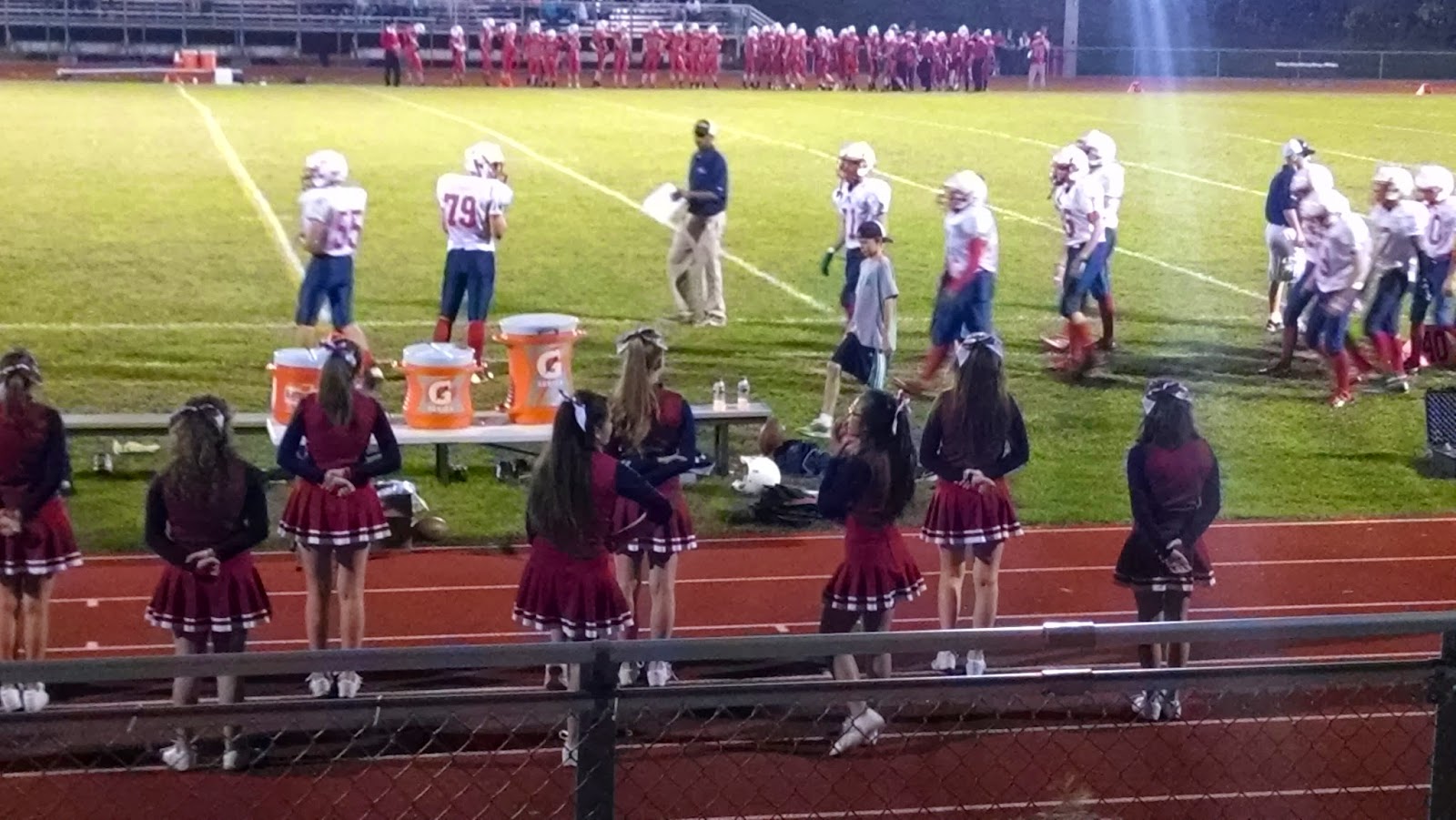 Another evening my sister and I had a chance to roam around the Mall of America.  I can't believe there are that many stores.  We never made it to the fourth floor.  We did get quite lost but managed to find our shuttle back to the hotel.  I bet we would have lost our rental car in the parking lot if we had driven ourselves.

It was a good trip and I got to hang out with my sister which is a rare occurrence.  This trip cost me just under $1,000 for everything.  That is less than I expected so I might add $500 on to next month's extra mortgage payment.  I'm not sure though because I have more news that affects my finances coming soon and I haven't decided to just use money from savings or to put off my mortgage repayment for another month.
Posted by Daizy at 8:23 PM