Dental Procrastination, Not a Good Thing

Waffles.  What do waffles have to do with today's topic?  Nothing.  Today's topic is teeth.  Ok, so waffles have to be chewed so that makes them relevant, but not really.  I just wanted to show you a picture of the waffles that I made last weekend.  The extras went in to the freezer for future weekends.  I love homemade waffles so much more than store bought. 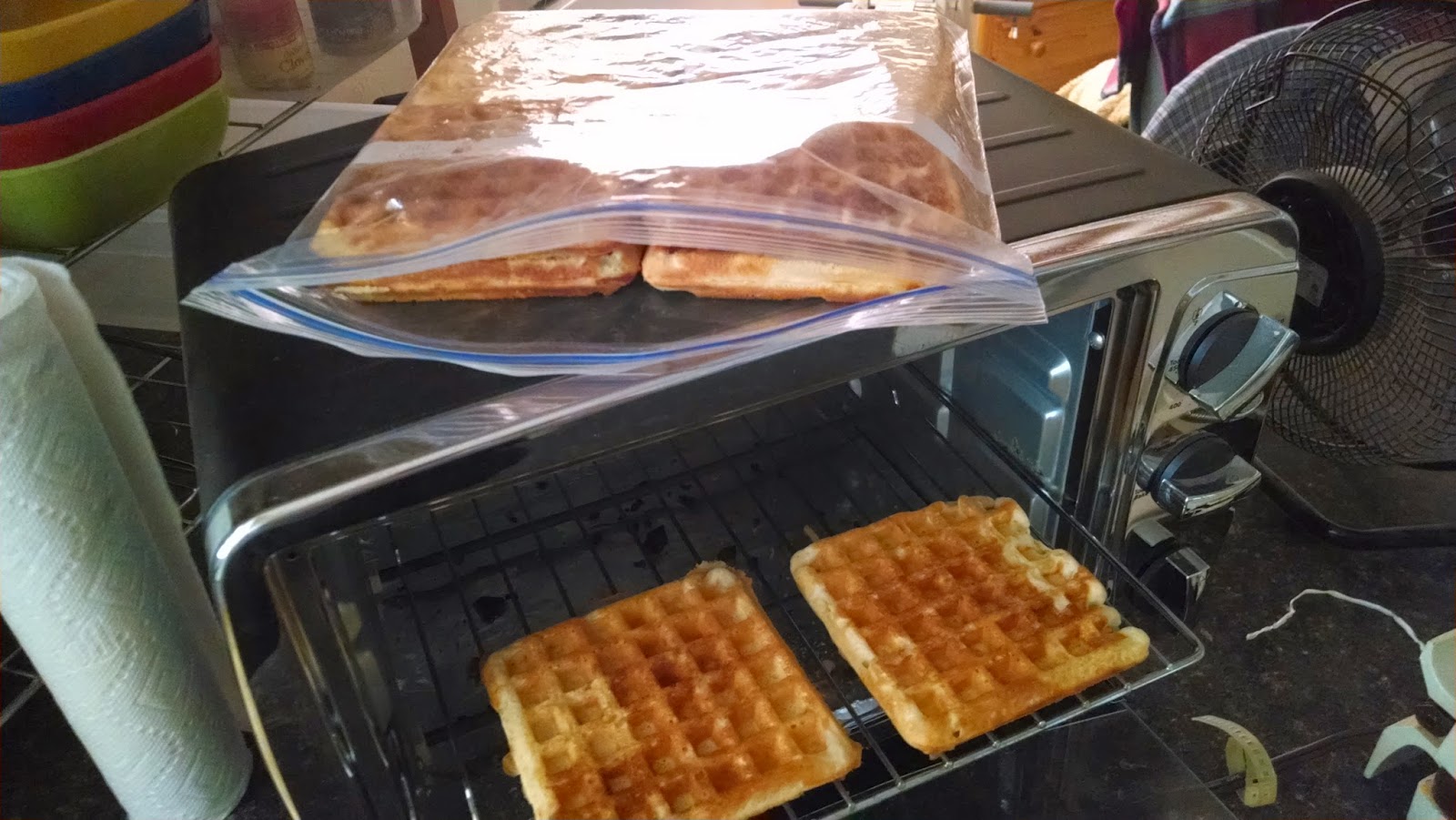 My teeth have been sensitive to cold for a many months now.  I wasn't sure which tooth it was so I just ignored it.  Then a tooth started hurting when I chewed.  I thought it was the same tooth so I called the dentist.  The tooth with the crown that I got in Mexico was the suspect but it turns out that I forgot that tooth already had a root canal so it couldn't be sensitive to cold.  My dentist said the tooth behind was the problem and he sent me to an endodontist today for a root canal (oh fun).  When I got there they tested the teeth and found that the back tooth was sensitive to cold so a root canal was in order but the tooth in front of it with the crown was sensitive to pressure.  The fix for that tooth is to cut in to the gum, put a filling in the root and sew it back up.  I had no idea they could do that and it sounds awful.

I decided to go ahead with the root canal because I was expecting that.  I survived and afterwards they gave me an estimate for the gum surgery thingy.  $1,100!!!  It seems that the cost of the root canal has drained my yearly funds for allowable dental costs.  I'm not even sure I have enough funds left to cover the crown that I need for the root canal tooth.  I'll be making some phone calls tomorrow to figure this out.  Maybe I can chew carefully until January when my benefits re-set or maybe there are other alternatives.  If I hadn't put off the root canal I could have had it done last year and then I would have enough to cover this years problem.  I'm always hoping my teeth will stop needing attention.  Every time this happens I am reminded why people used to just get their teeth pulled.  Implants are not in my retirement plan so either my teeth need to chill out or else I am headed for the inevitable dentures.
Posted by Daizy at 7:54 PM

Oh yuck, Daizy! That sounds awful, both for your mouth and for your bank account. I have been lucky to avoid root canals, especially for some ignored teeth back in the 1980s which needed crowns in the last 10 years (before I lost dental insurance coverage).

As for the waffles, my mom made great waffles from scratch when she was still alive. I do like the Belgian waffles I can get at a local diner or at IHOP. But mom added a little more cinnamon to give them a little extra tang.

Very nasty time for the teeth. And then you have to pay smoeone to hurt you, not nice.
Hope the waffles took your mind off the tooth but maybe not :(

You are so lucky, Dave. This is my third root canal. I thought I was lucky as a kid because I had straight teeth unlike my sisters but for some reason I got all the cavities even thought I brushed like crazy. I knew my teeth were going to give me trouble later on.

Belgium waffles are great too. I put cinnamon in my pancake batter but for some reason I don't think about it with waffles.

Yes, Lizzie, money and pain. Not fair. And right now I am still in pain but at least I can eat cold ice cream so I guess that is good but I would rather be able to chew.