Before I start messing with my bathroom I wanted to take "before" pictures so that I have something to compare it to. 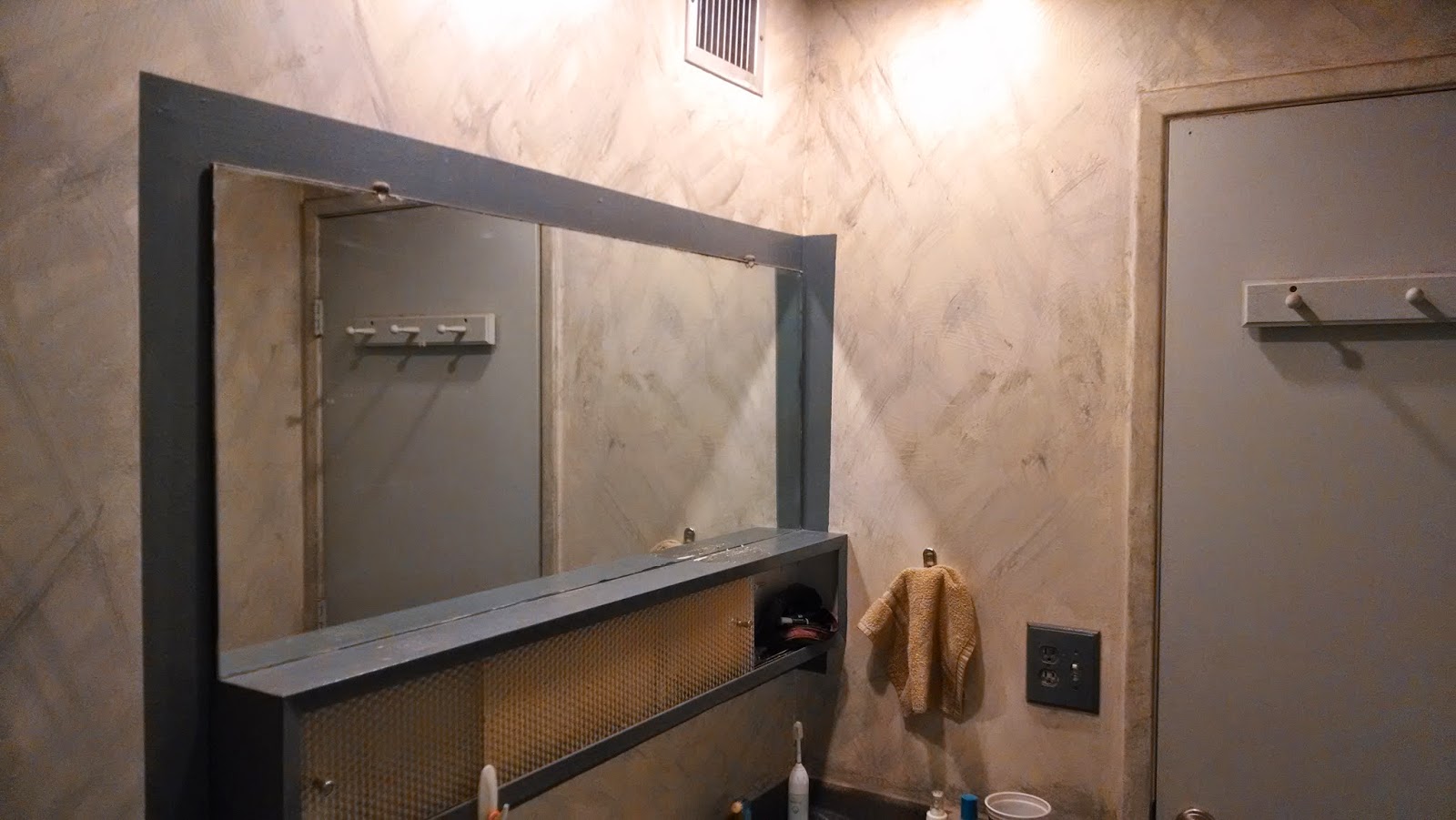 It has a blue-grey on off-white splashy paint job with a gold trimmed shower.  There is also light grey tile in the shower with dark red accent tiles. 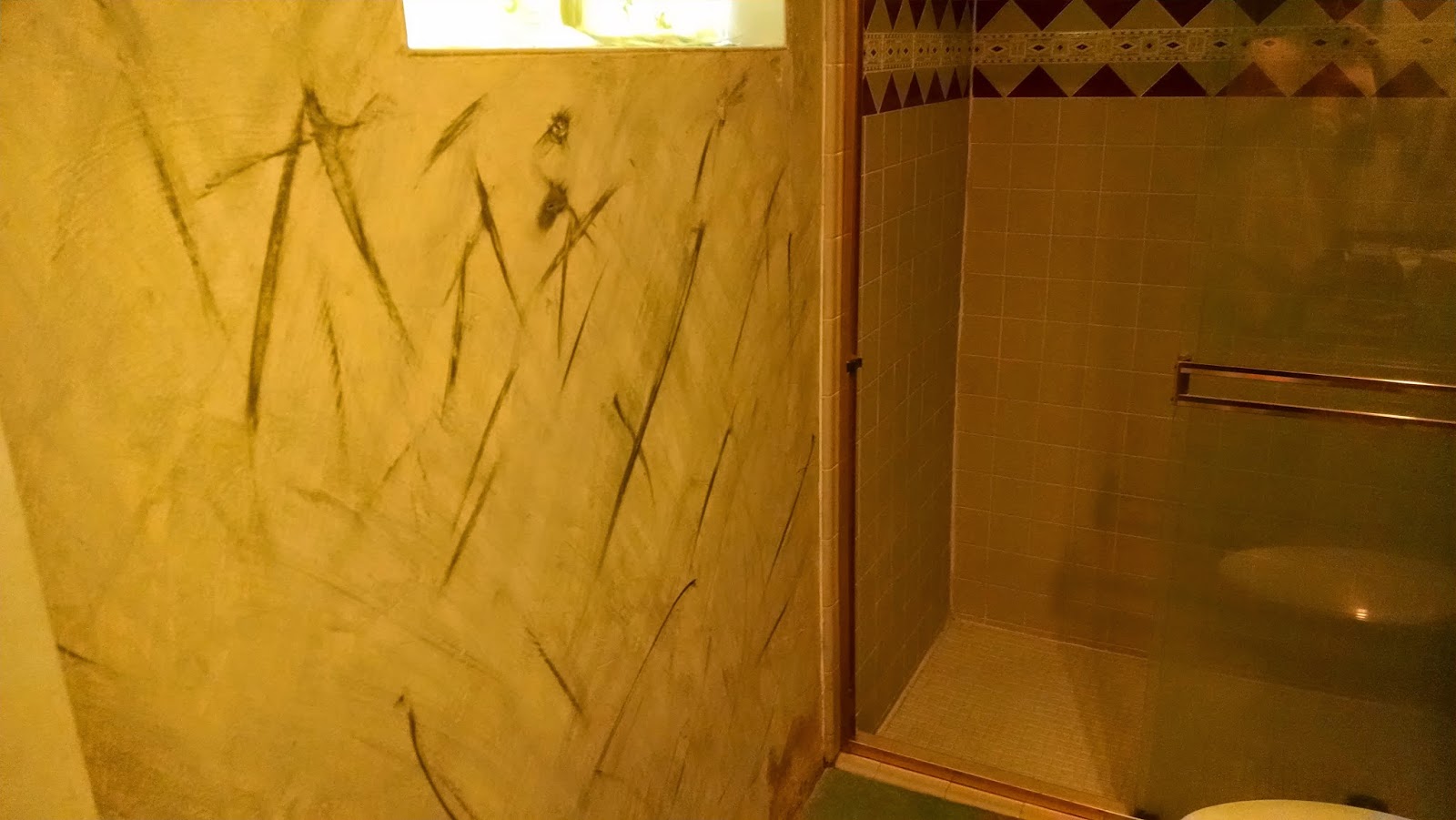 I decided to start with the wall above.  I wiped it down and started to paint using a brush.  A brush is definitely not the right tool for the job.  I didn't bother to take an after photo because you can barely tell there is a coat of paint on it.  Next time I will break out the roller.  Even with the thin coat of paint it was an improvement though.

Last week I decided to try to sprout some lentils for my quail.  The sprouting was very successful.  I cut up some extra tomatoes from the garden and served them on a plate.  I think the lentils were a hit but the tomatoes were not.  That is surprising.  The wild birds love to peck my tomatoes.  Perhaps my quail just need to get used to them. 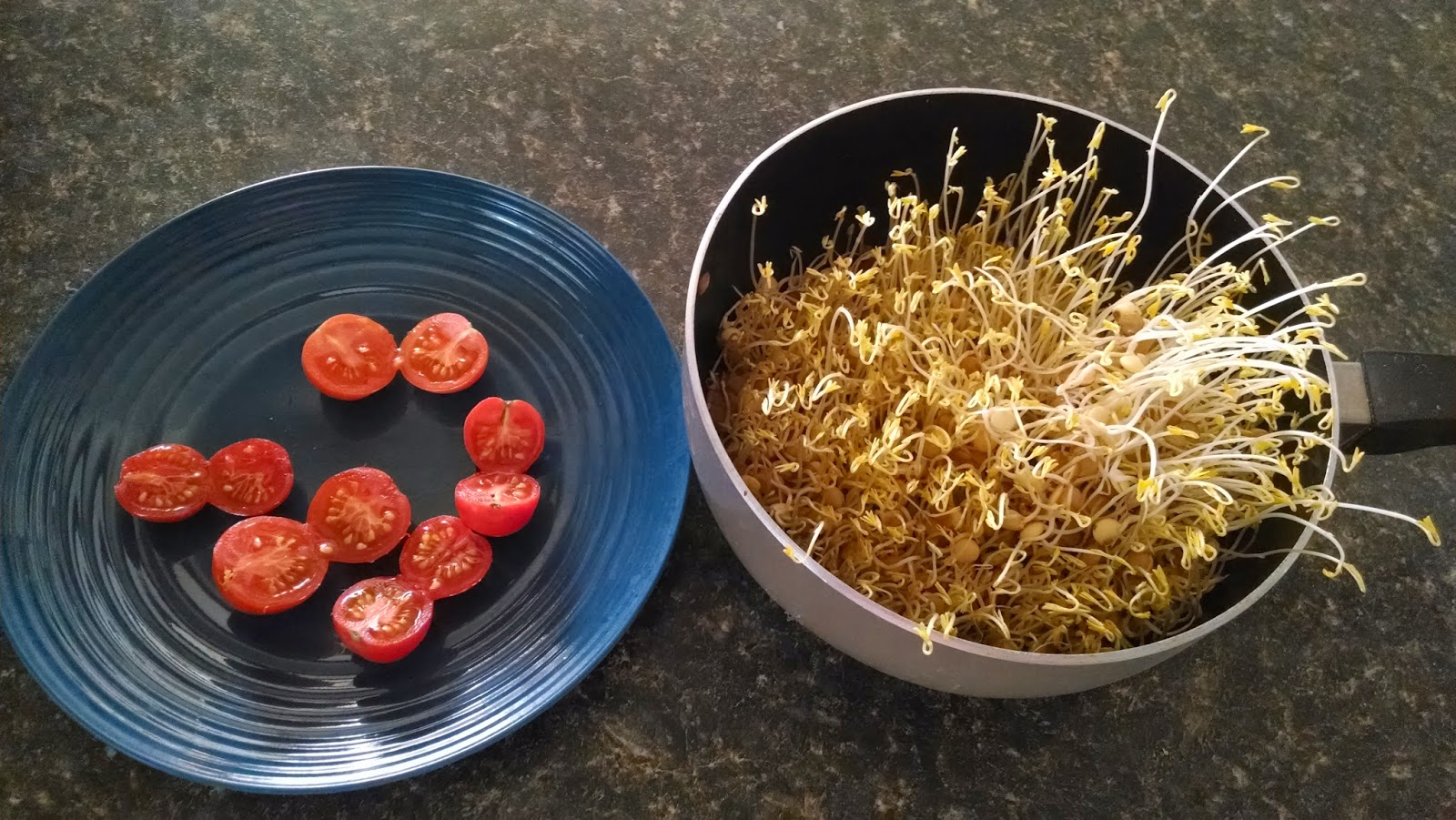 Also, this weekend, I pried up the pavers on the side of the patio and arranged them between the patio and the garden.  What was left behind was a mess of dried and dormant weed grass.  This stuff has winding tendrils underground and is really hard to kill.  I worked on it until it was too hot.  It will definitely take me more that one attempt to get rid of it. 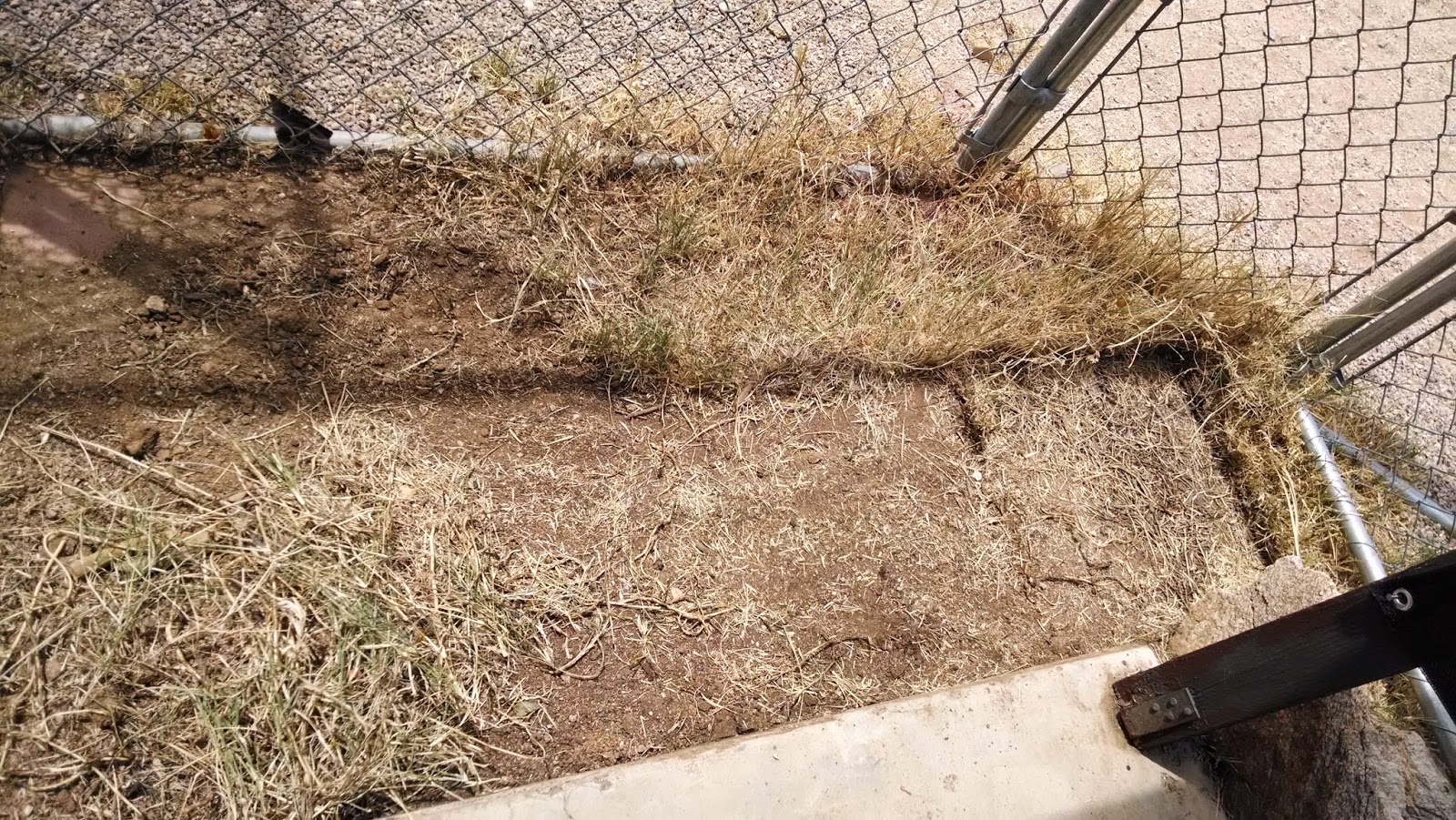 And here are the pavers.  I think I will move them close together.  Now I just need 100 more of them. 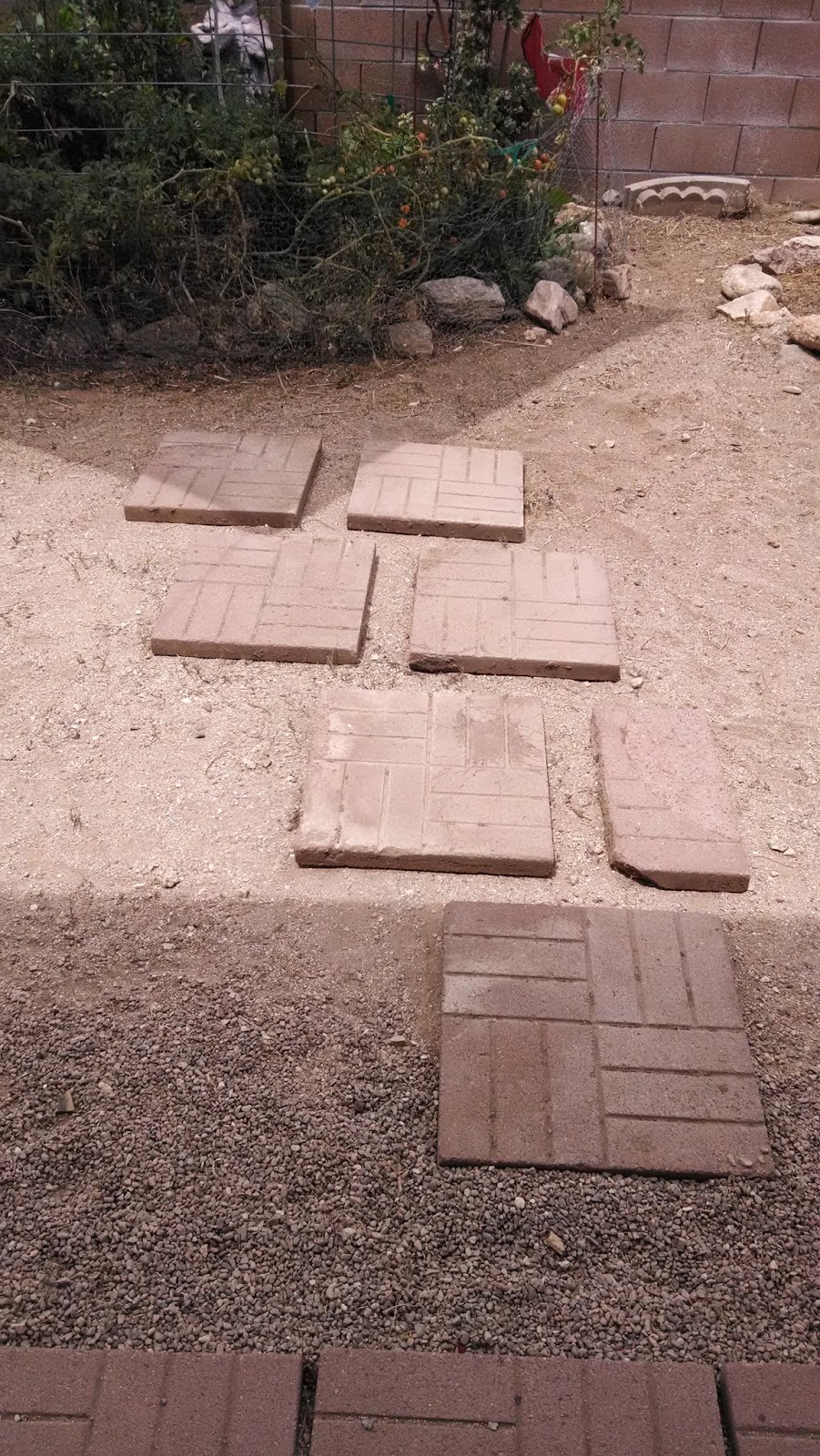 I tried to grow some grass in a pot for my dogs because they like nibbling on the weeds but it won't grow for me.  Maybe I should plant some of the weed grass in a pot. 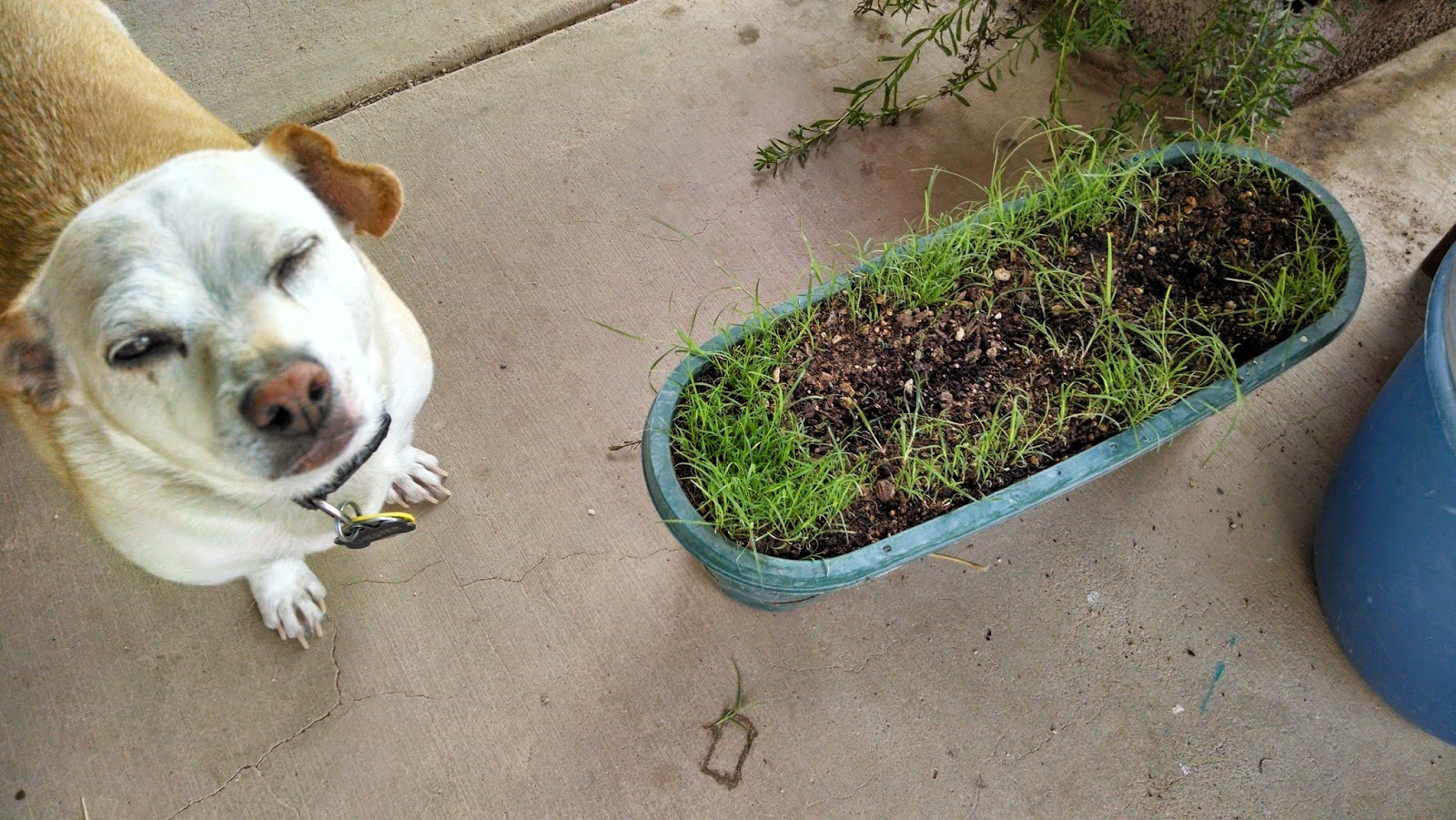 So, that was my weekend.  Just some trial and error.  No major events.  I didn't spend any money so that's a good thing.  5 days of work until a 3 day weekend!  I'm excited.

I see what you mean, that bathroom does look a bit gloomy. I thought the sprouts and tomatoes were a salad for you. You do spoil your little mates.

I think I just avoid the bathroom, that's why I don't get motivated to paint it. It needs major help. Those sprouts were fun to grow. I think I enjoyed them more than the quail did.

Daizy, when you are done redecorating your bathroom, can you redecorate mine? ;)

At the rate I'm going, Dave, I think it will take me 10 years to finish my bathroom.