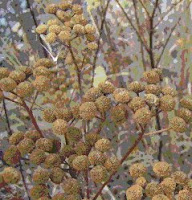 The biggest one is to kick off my mortgage re-payment plan. That consists of renting out my house to pay for the mortgage as well as using the money that used to be going towards the mortgage- $800 plus $400 more squeezed off of my budget to make an additional monthly payment of $1200. With this plan my mortgage will be paid off in 4 years.
(I accomplished and exceeded this goal! $1,200 a month would have been $14,400 but I managed to pay a total of $17,000 extra towards my mortgage. I hope I can do this well next year. If all goes well I will have knocked a whole year off of my 4 year plan.)

Next goal: Rent out my house full time and settle in to my RV so that I am not moving back and forth between residences anymore.
(Well, I did rent out my house for 2008 so this is a success too. I'll need to find another renter in March of 2009 but no need to worry about that just yet.)


Next goal: Make more money by selling stuff on ebay and get organized. Once I am organized I want to make a craft to sell at the local weekend market.
(I started off selling $500 worth of stuff on ebay and craig's list so I could say this was a success too. After the economy slowed down, making crafts didn't seem like a great money making idea anymore. I'll save that goal for later.)


I also wanted to start a garden and raise 2 chickens but I don't think the time is right for that yet.
(I attempted to grow tomatoes, peas, beans, strawberries and squash but my harvest was limited to a few sad tomatoes. I don't eat very many eggs and don't want to chore of raising chickens yet. I'll try the garden thing again next year.)

2008 was a pretty good year for me despite losing over $20k from my 401k and a significant drop in home equity. I have many years to replace that money, I just have to keep saving. Next goal: To make 2009 goals!
Posted by Daizy at 2:01 PM

Nice job all around.

I keep telling myself I want to expand my attempts at gardening, but all I ever seem to do is grow a few tomato plants. It must be a challenge to grow them out where you are, as they take so much water.

Hi there-fantastic job Daizy, you really were focused and this showed in the progress made! All the best for 2009, keep up the excellent work!

Over the Cubicle Wall, they do take a lot of water and shade and babysitting! Every year my plants suffer when I go out of town and their caregivers aren't as attentive. Sometimes I think it is too much trouble...but the few tomatoes that I got were sooo much better than store bought. This year I will try a different location.

Thanks Sharon Rose. Sometimes my day to day failures over-shadow the big picture. It is encouraging to look back at the entire year.