How The Windshield Repair Turned Out

I did it. I tried out the windshield repair kit that I bought for $8 at the auto parts store. This is what it looked like to start with: 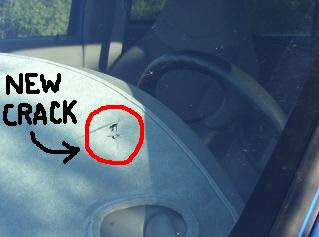 There were many steps to this process. I read the instructions a couple of times. I needed an hour to get through all of the steps and then I needed sunlight to cure the resin at the end of the process. 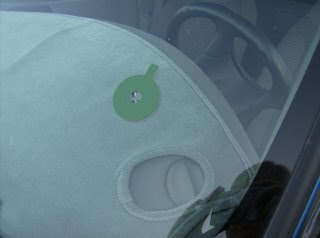 First I put on the sticker and base for the plunger, then the resin got squeezed in to the base and the plunger was attached. 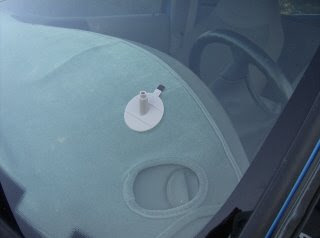 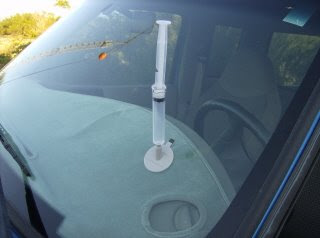 I made it through all of the steps and then the sun went down. I checked on it later that night and it was still wet. 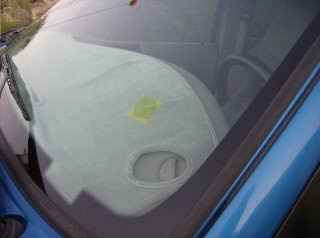 This yellow patch was supposed to help the UV light cure the resin. This morning I slept in late and the patch was stuck fast to the windshield. 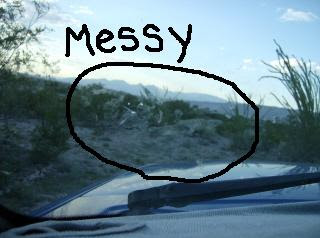 After a mild panic, I was able to peel the patch off revealing a very ugly smeared mess. I was a little worried but the extra resin came off with a light scraping from a razor blade. The end result is pretty good. I would give it an 8 out of 10 for looks. I can still tell where the chip was but now it only looks like 2 small dots. Blends right in with the other bug splats. 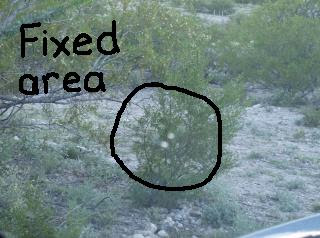 The dots aren't that big in reality, they are just out of focus. I took 30 pictures trying to get a clear focus on the fixed crack. My camera just wouldn't focus on it. It was too small. I can't even see it in this picture: 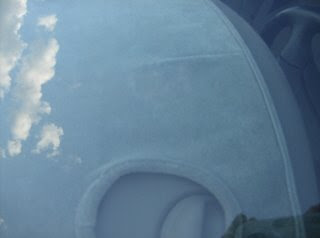 The small cracks are visible if I look closely. Now, if the windshield doesn't crack for at least the next 6 months I think the kit will be worth the money.
Posted by Daizy at 9:35 PM

Not too bad for a rookie, with sub standard equipment. But as always we highly recomend a qualified technician. Most insurance companys will pay for your repair. (except state farm)

I had never even heard of this as an option. Well done Rookie!
Lizzie

It was kind of like a craft project. And I do have State Farm so no help from them.

Thanks! I wonder if chip repair is only cosmetic or if there are any structural benefits. Guess I'll never know.