Trip Pictures and a Quiet Sunday

It was 60 degrees, a little cloudy and windy today with a storm coming in from California but I still like it better than 25 degrees and icy. I'm glad to be back. For most of the day I surfed the internet, made up the spare beds, took out the trash, and tried to think of something to eat that wouldn't involve going to the store. I decided to cook some frozen chicken which turned out to be super-tough so I put it in the crock pot for the rest of the day and now it is much better. I'm not sure what I am going to do with the chicken now. It was supposed to go in alfredo sauce but I added some Taco Bell sauce packets so it is more of a nacho chicken now. I only have two weeks before my next guests arrive so once again I want to eat as much food out of the fridge as possible.

Speaking of guests, I sent them an email because they did not send the rent check like they were going to. They said they were still coming, totally forgot about the money and will send it this week. I am not worried. I have never had a problem with getting paid and if I don't get the money they will not be able to get in my house. When I get that check I will have enough money to cover 5 months of my mortgage. Yea! Jan. paid, Feb.-Jun. covered. Now I need to figure out how to pay for the other 6 months. I still haven't started any new advertisements. It's on my to-do list.

So, here are a few pictures of my trip: 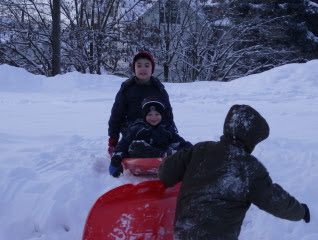 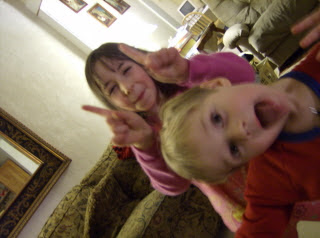 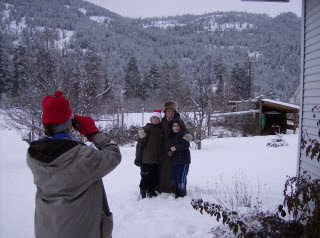 We only went outside long enough for this picture. It was too cold. 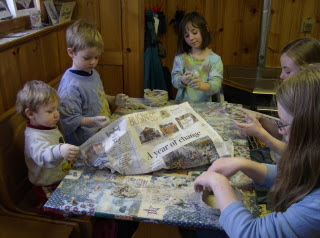 Here we are playing with clay and making snakes and pots. It got a little messy but it was fun.

Tomorrow I go back to work. I'm not excited about it but I like the money. Hopefully it will be a good week.
Posted by Daizy at 4:43 PM