Hello from the downhill side of 2021! It's been a generally uneventful year, just the way I like it. I have been keeping busy with my regular job, doing eBay sales for our animal shelter and working on puzzles with the neighbor. Add in home improvement projects and dealing with rental house issues and I don't have a lot of spare time left over. 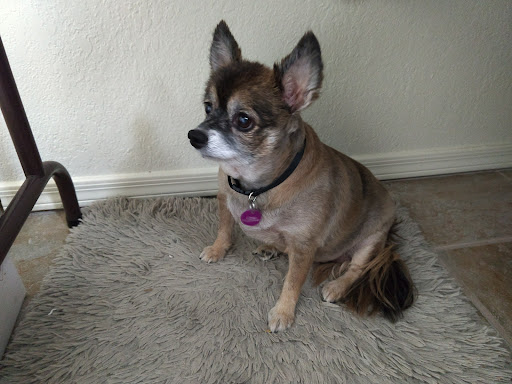 Obligatory picture of one of my dogs. I've had her for a year now and she only tries to bite me occasionally. She refuses to look at the camera but she does like to be near me.

I bought some seeds from the local Native Seed/SEARCH company and grew these lovely Mexican Sunflower bushes. Both yellow and orange grew but mostly orange. I have never had so many butterflies in my yard! It wasn't only the flowers, it was also the extra rain we got this summer which caused a boom in the butterfly population. My sister bought me a hammock chair and I hung it off the back porch and watched them frolic. 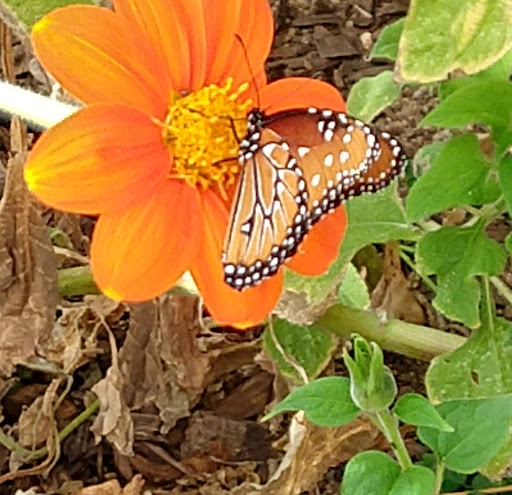 I mostly saw Queens, Painted Ladies, Snout-nosed, Sulfur, and yellow and purple Swallowtails but sometimes a Monarch would come by too. 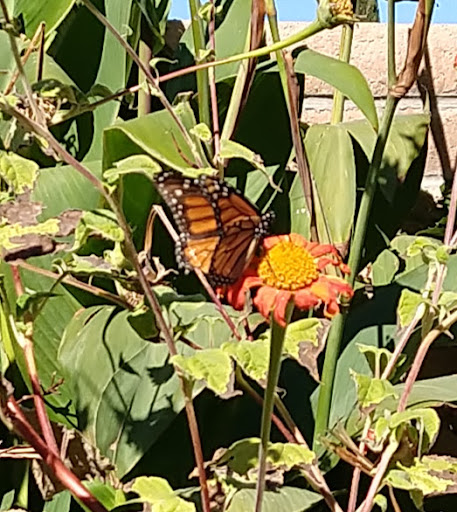 I decided to give the quail away. They went to live on a farm (at least that's what the guy told me).
Since I am still moving out of my house for the winter months it was easier not to have to move the quail too. Plus their food was expensive, they were messy and I only had 2 quail left. 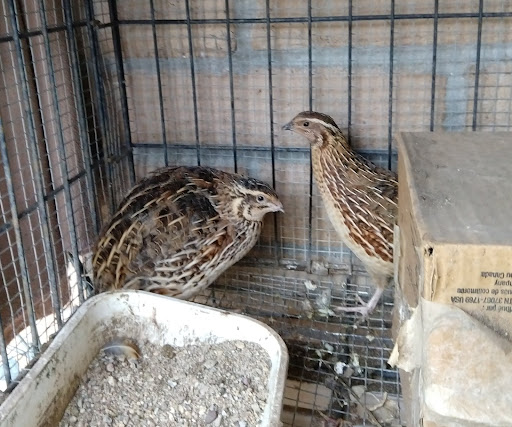 One of my house projects was to paint the enclosed porch (aka Arizona room). And since no project is ever simple, I hired a handyman to replace the bottom 6" where it had been water damaged and crickets had taken up residence under the bottom of the wood siding.  Much better now and I am really tired of painting but I am not finished yet since I haven't painted the side with the white door. 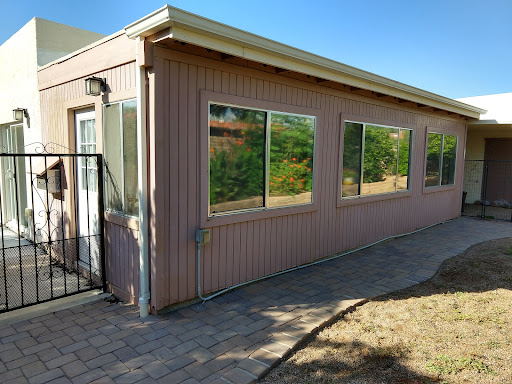 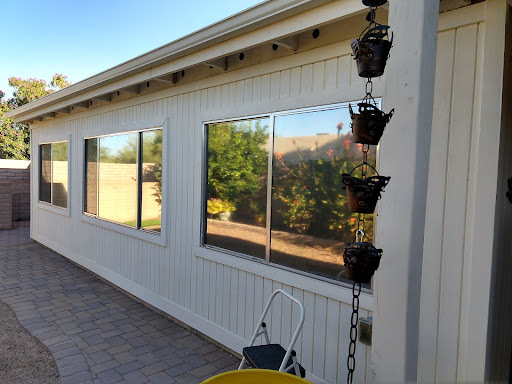 The handyman also replaced the sagging porch beam so that I could hang my hammock chair, installed a gutter and added this rain chain which goes to a 50 gallon barrel. It hasn't rained since so I don't know if it will work in an actual storm. I did try it with a hose and it worked well.

Both of my rental houses are rented with good tenants who pay on time. One of them did fall behind last year when she lost her job but caught up again with the help of the eviction prevention funds. One house needed painting because the HOA said it was time. It was faded so, yes, it needed it. It took me 4 months to secure a painting company because the first guy strung me along and then got overwhelmed with the rain delays. The other company was faster and cheaper so in the end it worked out. Then the A/C started having issues and I paid a lot for those repairs. It's a good thing I have a maintenance fund for those houses.

Regarding my early retirement plan, well, I'll be 50 next May so if I keep working like this my "early" retirement plan is just going to be a regular retirement plan. According to my calculations, I am still at the 1 year 10 month mark. It never seems to get any closer. I blame lifestyle inflation which is completely within my control.

I did not do anything with my tiny house. I think about it often, designing and redesigning the interior in my head. My nephew still lives in the mobile home next to it and reported a big rattlesnake at the front door. He doesn't maintain the fence that I built to keep snakes out and isn't too concerned with keeping the gates closed. He might be a little more concerned now. I found a baby rattlesnake in my walled yard a few months ago. I hadn't blocked off the drain holes and there was also a gap under the gate. I'm glad that I saw it before the dogs did. The fire department came and took it away.

In two weeks I will move in with my neighbor again and rent my house to snowbirds from December through March. The eBay stuff and packing supplies make the move a lot more difficult. I will have another two weeks to clean the house and finish up my projects before the first tenants arrive. I hope there won't be any surprises like the leaking roof of last spring or Covid of the year before. Nice and predictable, that's what I'm hoping for.

Daizy, Daizy, I am so happy to note that you have re-surfaced - and I am not talking about any walls you are addressing at this very moment! It was good to know that you seem to be well and, true to style, busy and active. Now I can look forward again to your daily missives. Rushing this because I want to be the first to say hello again.

Hi Daizy. Glad you're back, and doing well ��

Daizy dear, I had stopped checking your blog regularly because it looked like you had just abandoned it. So glad to see you again, but a little sad to see your coveted early retirement plan seems to be stuck in place. As usual, your list of tasks seems to make ME tired LOL!

Ha, well I don't know about daily missives. I'll be lucky if I post monthly. This eBay volunteer thing really steals all of my time. It's like having another job. But I must try harder to post in 2022.

Thank you. I will try to be back more.

Thanks, she is sweet when she isn't trying to bite me.

I blame my fear of quitting my day job and lifestyle inflation. I think my retirement plan is progressing again. My father retired at 55. I must retire before that!