Not a Frugal February

February is turning out to be a very expensive month.  I decided that I would pay the $1,000 that I owe in taxes with the interest that I made on my mutual fund ($500) and raid $500 from my property fix-it fund.  Ok, that was fine as long as nothing else went wrong this month.  Then on Monday, when I turned on the heater in the car, I smelled antifreeze.  I had smelled it before when the heater was on but I kept forgetting to check under the hood when I got home from work because I didn't need the heater in the afternoon.  Finally, I wrote it down because I was going to visit my mother on Tuesday and it would be convenient to drop my car off at the shop if it needed it.  Well, I opened the hood and there was green liquid on the engine and the coolant level was low.  sigh.  So, the next day I dropped the car at the mechanic for the forth time in 4 months and my mom and I went to visit dad at the nursing home.  It was his birthday and one of the staff bought him a giant chocolate cupcake and I put together some happy birthday posters from family members.  He seemed to appreciate it and he really enjoyed the cupcake. 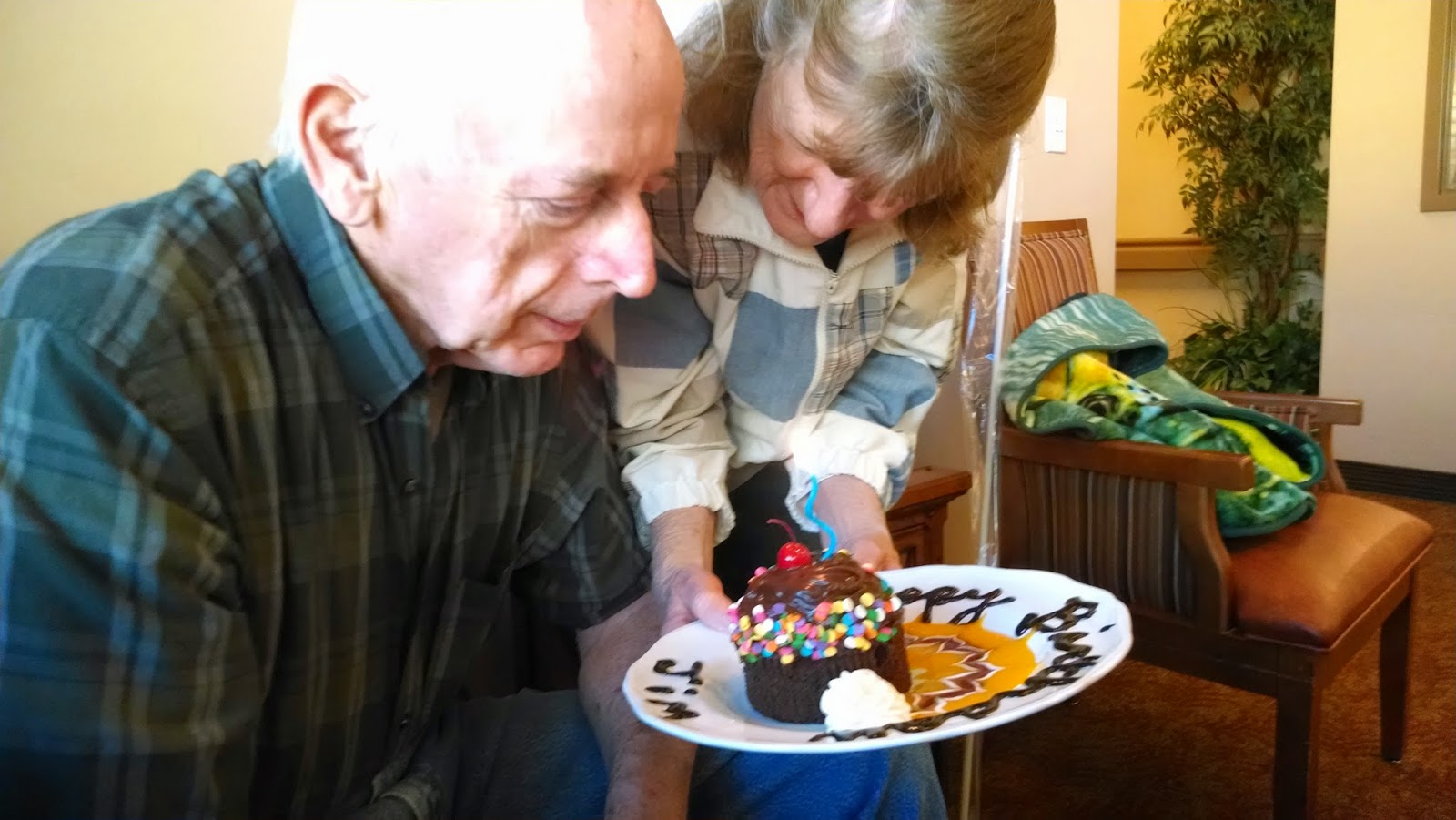 Today, I heard back from the mechanic.  Now it needs a new radiator.  Total parts and labor $650.  My cheap car is not as cheap as I thought.  I already spent $750 for a new motor mount, thermostat and hoses.  I don't understand why the whole cooling system fell apart.  I would love to know if the mechanic missed all of these broken parts or they really broke in succession.  I certainly hope this fixes the problem and I don't have any more issues for at least a year.  Of course, that's what I said last time too.

So, where to get the money?  I was REALLY looking forward to putting $1,600 extra towards the mortgage next week but I can only do that if nothing goes wrong that month.  I am already using the interest and borrowing some of the property money to pay taxes so I can't use that money.  I could try to not spend any extra money for the next 3+ months and scrape $200 a month out of my budget but no more unexpected expenses could come up or it wouldn't work.  I think the only sensible thing to do is take $400 out of the extra mortgage money and then try to make it through March without any extra spending which will give me the other $250.  It is disappointing but putting an extra $1,200 towards the mortgage is still awesome.  I will get it paid off eventually.
Posted by Daizy at 7:38 PM

I am a little surprised you bought the car - they have a very short lifespan compared to the truck. Your truck is a body on frame that can be repaired forever and even if it gets eaten by rust will keep on working. The car is designed to fall apart and after 100k it ceases to be reliable. I would cut my loses on the car, sell it on craigslist and suck it up on the truck. Even if you had to add in some money for AC, a bed cap, and some ramps for the dogs. Plus it will be helpful when it comes to fixing your land up.

At least you have a decent cushion to cover these unexpected expenses, as did I with the Prizm. (I remember getting a credit card bill for its last big repair after I had already gotten rid of the Prizm and bought the new car. That sucked.)

As for the big chocolate cupcake, it looked really yummy LOL!

A few years ago I did a google search on tiny homes and found this site. I've lurked here ever since, just reading your posts. You write well.
Your recent car troubles prompted me tp post. A new radiator for a PT Cruiser is under $150.00, and from what I've read of jobs you tackle, you seem to have the ability to change it yourself. But even if you aren't so inclined, it isn't a job worthy of $650.00. If the shop doubles the price of a radiator and adds $200.00 labor, it is only $500.00. I honestly wouldn't pay more than $350.00.
The motor mount cost about $100.00 for the anchor and the mount link. Hoses are $45.00. Thermostat is $20.00. All prices were checked on O'Reilly's and rounded up. You need a new mechanic. Hope this helps. Thank you for writing a blog, always a great read!

Brent, I haven't seen a reliable way to add A/C to the truck bed/shell. What do people do? Do they add an RV A/C on to the roof of the shell? Anyway, my truck has a weird idling problem that my current mechanic can't seem to diagnose (perhaps that should have been a clue that my current mechanic sucks?). My car is still awesome for cargo. I will probably sell both in a couple of years and get a small SUV.

Dave, you are probably right but I'm not ready to give it up yet. I love how easy it is to load and unload groceries, potting soil, dog crates. No worries of things flying out of the back. I don't really envision me keeping it longer than 3 years though since it doesn't fit all of my needs.

Hello Dan, thanks for stopping by! I am flattered that you think I can handle replacing the radiator but auto mechanics have never been a talent of mine. I don't even change my own oil. Maybe it is the fear of breaking something or needing to get to the store when the car is in pieces. There's also the fact that I can't seem to loosen a bolt for then life of me and I am a notorious screw-stripper. People always tell me I get overcharged for auto repair. I have been to 4 mechanics, some chosen at random, some at the recommendation of friends and coworkers and still, I have never found one that I trust. Guess it is time to look for a new one.

It's so hard to keep cars in check when they're used or older. Keep thinking positive. And remember, the more you go through, the stronger you are. You do an amazing job on making extra payments to your mortgage.

Thanks, Dobermom. I definitely learn new things with every calamity. There are more hurdles on the horizon (tenant moving out, nephew coming back) this is not going to be a boring year, that's for sure.