I came home from work today and checked on the weeds.  The vinegar and salt doesn't seem to have affected them too much.  Perhaps it would have made a nice marinade.  Every year I forget that weed killer takes just as long or longer to kill the weeds.  I should just use a shovel.  It is cheaper and there is no guessing whether they are dead or not. 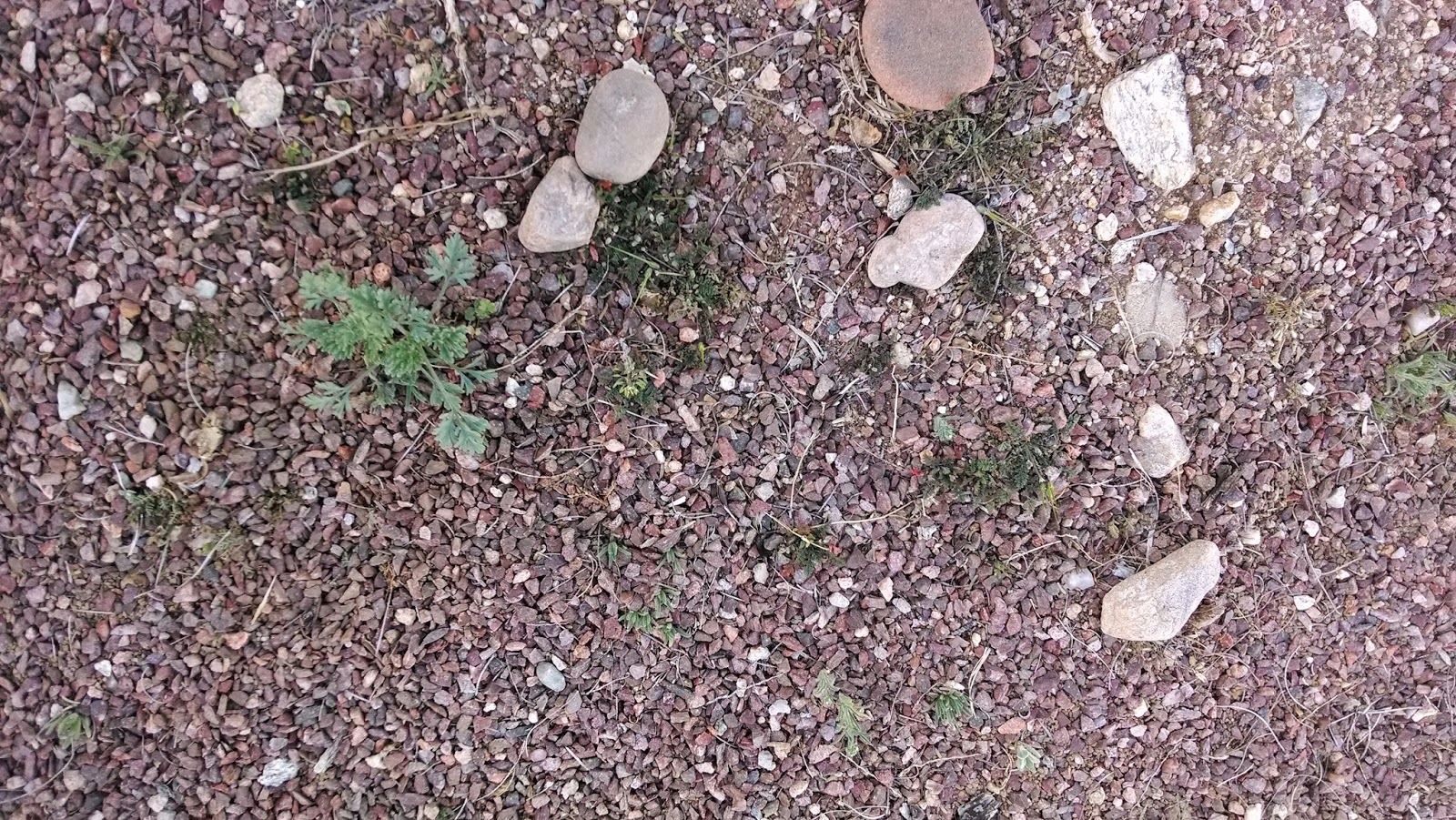 For my next project, I am attempting to grow sweet potatoes.  I have been reading up on how to grow them and the internet tells me that I am supposed to start them indoors, then remove the sprouts called "slips" and plant them.  There were different ways to start them, with toothpicks elevating them, in potting soil, but cutting them in half and filling a dish part ways with water is the easiest method (assuming it works).  I bought an organic sweet potato so that it doesn't have that chemical on it which stops budding.  They are on the windowsill and I am looking forward to planting lots of baby slips in a few weeks. 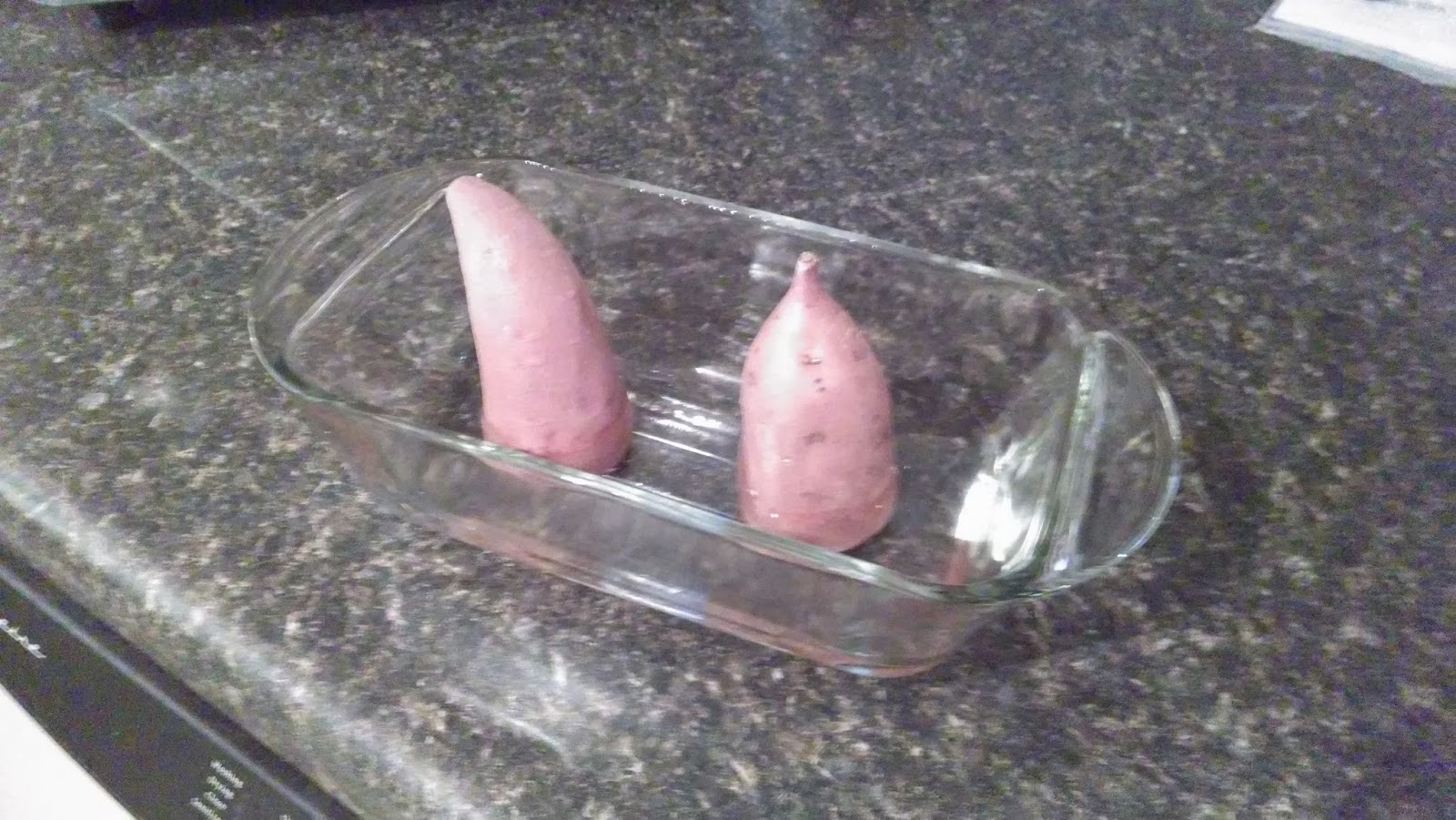 What else have I been doing?  Well, I also gave one of my dogs a partial haircut.  His back legs get really hairy and tangled.  He only lets me brush him for so long before he moves away.  It is much easier for both of us if I just cut his hair short in the back.  It makes him look funny for a while. 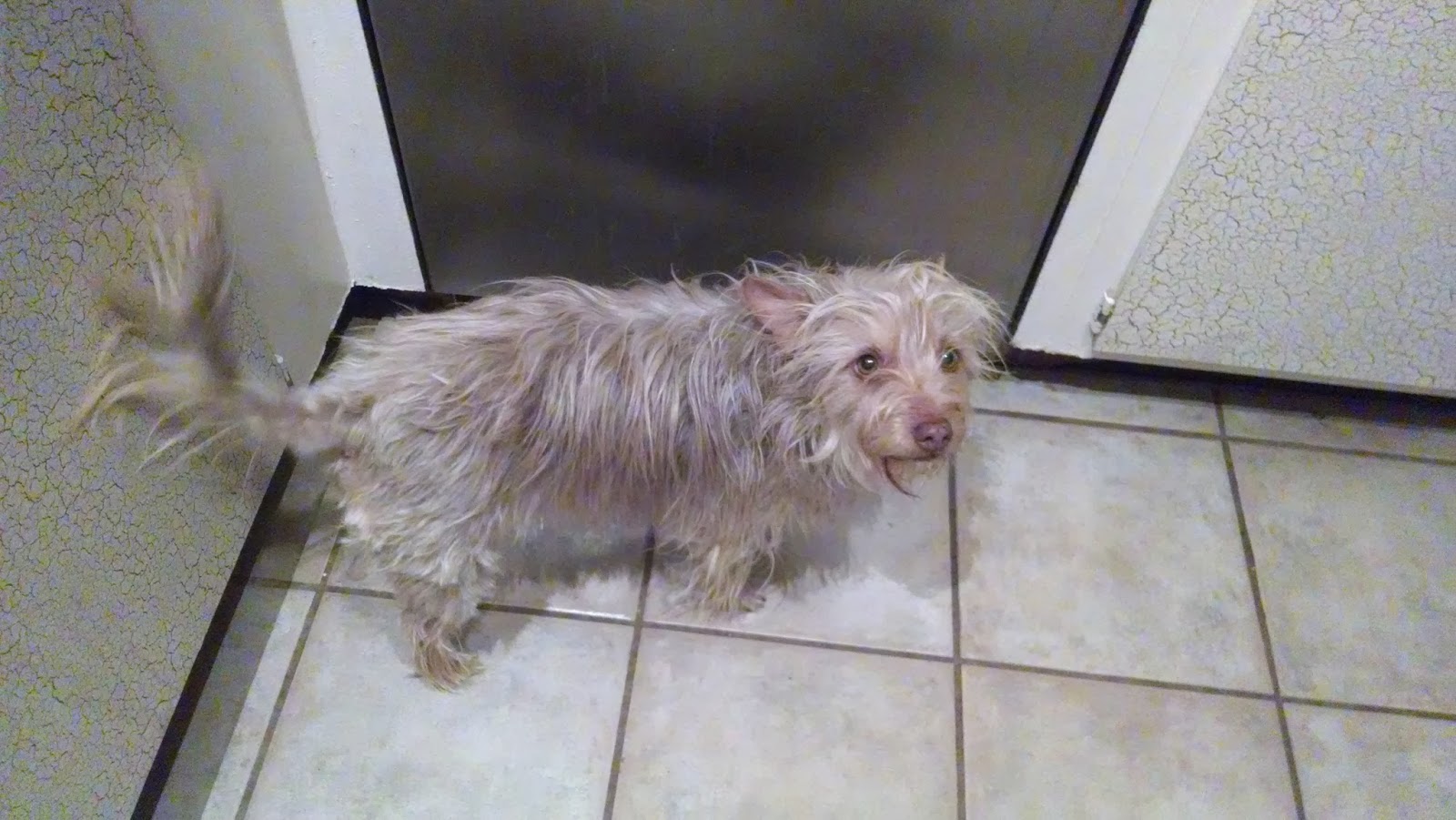 "Perhaps it would have made a nice marinade."
Hilarious...
By the way are you still fostering rescue dogs?

Hi kelsi! I stopped fostering back in June. After 4 years I needed a break. I adopted my last foster chi-weenie who just refused to get himself adopted. I think he planned it that way.

Good luck with the Sweet potatoes.
I think the tuber half on the right in your photo has the root end pointing up.
I don't know if that will cause a problem.

Hello George, Hopefully it won't matter. In the pictures that I say they just curled skyward.

OK thanks Daizy, sounds good.
I am going to try a patch of sweet potato too.

You will have to tell me how they turn out, George. I seem to only have a 50% success rate with gardening in AZ. What state are you in?