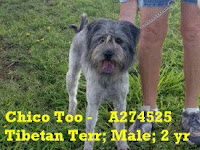 Last night I was very happy to see an update on the shaggy momma dog that was in danger of being put to sleep at our over-crowded dog pound. She found someone to rescue her. I was very relieved. Then, this morning, the Rescue put out an emergency alert that said 17 dogs were being put down this morning. They posted some pictures and there were 2 little terriers on there that I had never seen before. I offered to be a temporary foster for those 2 until they could find someone else. I waited to hear back but didn't hear anything more so I went shopping. This evening I saw the list of 10 dogs who were put down but the terriers were not on the list. I think someone mixed up the old rescue list with the new rescue list. Sure enough one of the terriers showed up on the new list. At least he will have a chance to get rescued now. I see people inquiring about him already so I doubt I will be needed which is a good thing. 4 dogs are plenty for me for now.

I went to the thrift store and bought a jeans, brown pants, 3 shirts and one blue over-shirt type thing, and some around-the-house shorts. Then I went to Target but I had the same problem that I always have in their undies department. Wrong style, size, color, or fabric type. I finally found something close to what I wanted but then I looked at the price, $8.50 for two. 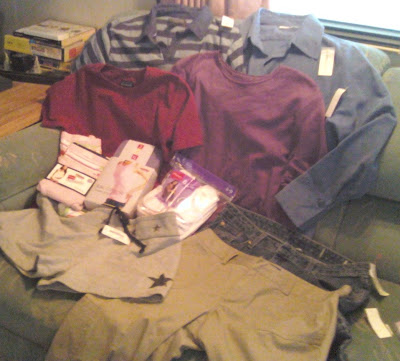 I put them back and went to Big Lots. I found some that I like for $4 for two plus I found 3 tank tops for $5 and 6 pairs of socks for $4. Total cost at the thrift store $28 and Big Lots $13. That will give my wardrobe a little help. Its bad enough that I dread going to work in the morning. At least I can look forward to wearing some new outfits without spending a lot of money.
Posted by Daizy at 8:06 PM