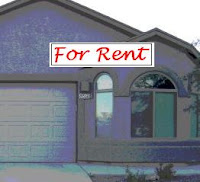 Mrs. RJ called back as I was looking up the landlord/tenant law online to find out about eviction. She started off nice and said he husband was just stressed and that I wouldn’t want anyone to see MY messy house either. I said, but I can legally see the house. Then she went off. She said that a tenant can say it isn’t a good time to see the house and then the landlord can’t come in and if I tried then it would be landlord retaliation and that’s against the law, and I was going to have to evict them and that would take a month at least…blah, blah, blah. I held the phone away from my ear. She hung up. I looked up the law she was referring to. I knew she had no good reason to keep me out but the problem was that I had waited too long. By giving them until Jan. 4th, I had only giving myself 2 weeks until my new tenants arrived. I would have to take the current tenants to court to get an order from the judge to get access to my house and that would take too long. Plus, I didn’t want to just see my house, I wanted them out of my house! I wasn’t sure if my 2 month notice would count for the eviction process so I estimated the time for a new 5 day notice, then file for eviction, then they have to be served the court papers, then go to court (in 1 or 2 weeks?), then the court gives them 5 days to get out. Too long!!!

I called the electric company to post-pone having service transferred in my name. I was too late, it had been done an hour before. The technician asked if I knew the whereabouts of my tenants (actually the roommate, how she got the electricity in her name I will never know). I wasn’t sure, some hotel. The electricity was one day from being shut off. He asked if I wanted to shut it off. I said no because I wanted them to get their stuff out of the garage (automatic door opener) and I didn’t want the fridge to stink when the food rotted.

Mrs. RJ called back and said they had found an apartment and needed $500 for the security deposit. At this point I was willing to do anything to get them out before my next tenants arrived. I agreed to give $500 to their next property manager. It turned out to be the same apartments that they come from. I guess it is the only place that would let them rent with bad credit and no stable job. I had her sign for the money and sign for the back rent due. (I’ll be filing a claim for that soon) I also gave them a 5 day notice just in case, even though it extended their stay another 3 days. I wanted to be ready to evict.

Monday came and they said the carpets smelled like cat pee in their new apartment so they were getting them cleaned before they moved in. (most likely just a stall tactic) Wednesday I called because I was worried that they were wasting time. They were supposed to be out TODAY. They said that they were driving around town trying to get their rapid tax refund but everyone told them it would take 2 weeks. They needed money to rent a Uhaul. I told them that I had $150 that I could give them for a truck. Just take the money and MOVE! They picked up the money. Chatted about how much money they should get back from their taxes because she had been running a daycare out of my house (really? Because the neighbors said they only saw adults going in and out) how happy they were to be going back to their old school district because the schools by my house were so bad and then left with the promise that they would pay me back even though I said KEEP IT and was thinking JUST GET OUT.

Thursday I called again, they were going to get the Uhaul. Then they called back and said that Uhaul needs a $400 deposit now (really?) and they didn’t have enough so they were going to rent a pickup and take lots of trips. They would be moving all through the night she said.(the neighbor did not notice any moving activity but did notice that the lights were on in the house. That’s cause they were having a party and smoking their weed.) I called some movers to find out how much it would cost to speed things up. $300 and I could have them out today. I offered it to my tenants. They said they had it under control (now I know that they didn’t want anyone to see the drugs) some friends were coming down from Phoenix to help them move and that I could have the house back Friday morning.

In the meantime, I called the water company because I didn’t receive a bill. The lady said that my bill was high for that month (perhaps my tenants were cultivating a crop in my house?) and maybe I had a leak. Legally I could have entered the house and looked for a leak but I am glad I chose not to. The tenants were almost out of the house and I didn’t want a confrontation. Now I know that they had drugs and they had at least one gun.(bullets and gun cleaning kit left around the house) What good is being in the right if I’m dead?

They left this mess. And I never heard from them again.

$3,000 in clean up and repairs, the carpet’s trashed but the house was ready for the new tenants. Don’t do what I did. Screen your tenants, put everything in the contract and don’t give them tons of chances. And most importantly, know the landlord/tenant law and give yourself enough time to evict.
Posted by Daizy at 6:58 PM

They had a gun in there with the kids too? Responsible gun owners are one thing, but these people sound like a disaster. Keeps getting worse and worse.

Final chapter. Hopefully you can file your small claims court papers and close the book on the whole thing.

Slamming it shut will feel great.

I am so glad they are gone..I had no idea that was all going on, beside what you blogged about and I was thinking that was bad ..How freaking awful ....
I am really glad they are out I hope your able to get your money back in court ...

Hi there-You've handled an appalling situation excellently, I really hope you will be able to get some money back someday soon.

Wow! I think I would have been paying them money to get out, too! So sorry. Hope the small claims court works out for you and you can finally put a close to all this!

Your new temp tenants are working out for you, yes??

Thank you for recapping it all. What an awful situation you were in! You seem to have a good heart because you wanted to help them, but they were just taking advantage of you. Please, PLEASE pursue this in court!

Wow. I had no idea that they hadn't been paying rent and THEN they were extorting money from you to get them to go. When in reality they were already gone, and planning to leave all that crap behind anyway. And they had the nerve to complain that the new place smelled like cat pee? When they left your gorgeous little house smelling like dog pee? Do they have a preference?

Hi, I am so glad you have come through all of this, you have done an amazing job of it all - I would have had a serious meltdown. If it's any consolation we as humans live and learn, BUT you have been so generous to share your experience with the world and for this I am sure a lot of us are very grateful, as I know if I do go down the landlord route then your story has given me a lot of information to prepare for before renting out my home - thankyou so very much:) Courtney (Perth Australia)

In my experience, (I have been taken twice in my life by people like this, so by now I'm a bit of an expert at recognizing them) anytime you can't shut someone up and/or they give any kind of sob story, they are more trouble than they are worth and it's best not to deal with them. Scam artists use the tactic of the long story that changes focus several times to basically confuse you so you will go along with what they are saying. These are practiced at what they do and care little to nothing about you except as you are able to give them something they want.

ThatsMe, I did let it get too complicated. The holidays and the cold weather made me more lenient too. I'm so glad their gone too!

Sharon Rose, thanks for the support. It is so hard to deal with a situation that is totally new. Hopefully I won't go thru it again or at least won't let it get that bad.

Money Funk, the new tenants are doing great but I will be glad when the long term tenants are in so that I can sell off the furniture and get the utilities out of my name. I don't like all of these bills!

Veronika, court is the next step, got the papers filled out, just have to file them.

big sis, haha, when I walked in the house it smelled like cigars,pot and plug-in air freshener. I didn't smell the dog pee until I aired out the house and cleaned the carpets. See, cleaning is bad :P

Courtney, thanks so much for your comment. It was good to write it all down. It was hard to explain all of the details to people without starting from the beginning. I wish you much success with your rental!

bugbear, yes, they are really good at telling a story and played on all of my sympathies. I shouldn't give people chances when I have so much to lose!